It’s like a London bus or a TechEd, you wait for ages and then – suddenly – several come along at once.

Microsoft and SAP haven’t been the only firms to use the TechEd label to name their developer technical education conferences, it’s logical enough portmanteau and it’s a free country/world, for the most part.

Linode’s Rise is (arguably) a more appropriate name choice than SAP’s use of the term, the latter use case denoting another tier in the German software house’s megalodon array of enterprise software applications, suites, platforms and toolsets. This is because Linode’s Rise is a startup programme built to give bootstrapped and venture capital-backed startups an escape from the trappings that can come alongside free infrastructure credits.

Linode says it built Rise for ‘founder-led startups’ designed around capital-efficient business models and the use of open source and third-party applications to reduce cloud lock-in…. so, quite specific then, in a positively specific kind of way. 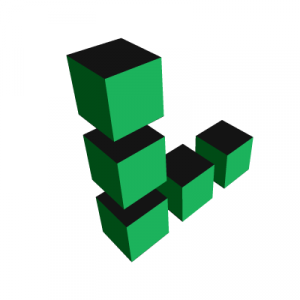 There are no caps in years two and three and there are lifelong discounts based on usage.

Organisations also get access to technology consultants to help build an infrastructure growth strategy, with Linode giving members 20 free hours in their first quarter and a 20% discount thereafter.

There is unlimited guidance on architecture, migrations and software deployments from experienced IT and cloud professionals. Also here there is free 24/7/365 award-winning customer support via phone, email, or social media.

Perhaps quite obviously and logically, cloud infrastructure costs are a startup’s highest expense after ‘people’ costs. They are also the most unpredictable, a (potentially) deadly combination for early-stage companies managing tight burn rates.

“We created Rise to address a serious challenge for pre- and early-revenue startups who often get locked-in to the big three cloud providers with the enticement of never ending infrastructure credits,” said Jonathan Hill, vice president of revenue operations, Linode.

Hill says that the problem is that many startups only qualify if they have taken investment from an approved venture capital or private equity firm.

“But not every founder wants to give up equity in exchange for raising capital. Businesses that take conservative amounts of fundraising, if any at all, are the ones that need the most financial assistance. We built a program that serves founders of all sizes, not just those who have the best long-term financial benefit to our business,” added Hill.

According to the company, Rise parallels Linode’s own evolution. Heavily influenced by the open source movement it was born from, Linode insists that it remains driven by a mission to make cloud computing less complicated, less expensive and more accessible to every developer regardless of where they are located or what their resources are.

Throughout its history, Linode as a bootstrapped company has insists that it has rebuffed outside investment in order to be able to make its own decisions.

Linode is a portmanteau of Linux and Node – yeah, we know, you were too shy to ask, that’s why we said it.