Linode is not afraid to be a bit different, or so it appears.

The firm takes an open stance on sensitive issues and even uses a quirky company descriptor.

Those not familiar with the Philly Cheesesteak munching geeks (Ed: we’re not being fattish, the firm’s HQ is in Philadelphia… and we mean geek as a compliment) at Linode might be surprised to hear that the firm describes itself as an ‘alternative’ hyperscale cloud computing provider.

The alternative part, in this sense, stems from the fact that the company is an independent cloud provider i.e. it works to deliver cloud services from any CSP, much the same way that a British ‘free house’ pub is able to serve beers from any brewery rather than being tied to one single (proprietary) source of supply.

Additionally, Linode claims to be an alternative firm because it exists as an alternative to the ‘big’ hyperscaler vendors out there, which is pretty much a usual suspects list of Google, Microsoft, Amazon Web Services, Facebook and Apple.

Anyway, this is not a story about Linode, it would just have been inappropriate not to position the firm in the context of what it is trying to say.

Linode carried out a survey (Ed: ah, a set of contrived questions designed to deliver so-called ‘findings’ that back up a firm’s core technology proposition?)… and yes, we know technology surveys are mostly self-serving puff and fluff… but this one was designed to assess whether developers trust third-party cloud providers.

Hey, what about values?

Carried out by ClearPath Strategies, this latest cloud survey suggests that while developers’ familiarity and comfort with Amazon, Microsoft, and Google positions the well-known providers as market frontrunners, developers often do not agree with their values. 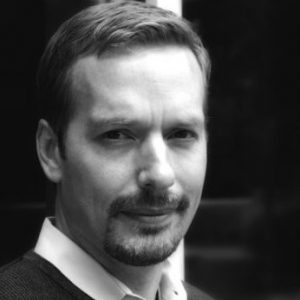 Linode’s Lyon: We’ll meet your functional needs with no hidden costs, what’s not to like?

The study found that although SMB developers voice trust in their provider of choice in general, a deeper examination of their values uncovers a trust issue when it comes to major cloud providers.

“Approximately 20% of developers believe that the big-3 hyperscalers will engage in behaviors that include leveraging their brands to stifle competition, focusing on shareholders more than customer needs, hosting or working with customers that developers find morally objectionable, monetizing user data for their own use, and locking them in with proprietary tools,” said Stephanie Fairchild, senior analyst at ClearPath Strategies.

“Criteria such as security and performance clearly take priority over these trust issues for developers, but it’s interesting to note that a sizable portion of developers are thinking about how their values align with those of their service providers,” added Fairchild

ClearPath’s study gathered data from more than 800 developers at small and mid-sized businesses (i.e., less than 500 full-time employees) in a variety of industries and geographies around the world. The summary report download is linked here.

“It’s no secret that the extensive functionality and brand awareness of hyperscalers make them popular choices for developers, but their standing with SMBs weakens with respect to values,” said Blair Lyon, vice president of cloud experience at Linode.

Lyon’s points are interesting, but clearly ‘loaded’ for the sake of marketing i.e. his elevator sell hinges around a suggestion that an alternative cloud provider like Linode can offer more predictable pricing and an ability to tune more directly to developers’ functional needs.

Why is Linode called Linode? It’s a portmanteau of Linux and node, please don’t ask silly questions. Now, how are your cloud provider’s values looking?