LinuxCon and ContainerCon North America this August (in Toronto, Canada) will include its first-ever Kids Day aimed at school-aged children interested in learning more about computer programming.

The idea is (as you might imagine) to inspire the next-generation of technologists and community members who will build, support and manage open source projects for decades to come.

How long can kids concentrate for?

In partnership with MakerKids and Kids on Computers, Kids Day will features a day-long workshop will teach coding for Linux, open source and Arduino and will provide students with a head start on the pathway to the most lucrative job in IT.

“LinuxCon and ContainerCon are recognised for being the place where open source innovators and leaders collaborate to advance today’s most promising technologies, making it a great forum for children to be inspired about what’s next in this space,” said The Linux Foundation Executive director Jim Zemlin.

Casino & cigars, NOT for the kids 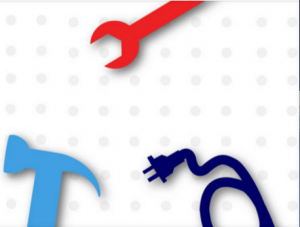 LinuxCon + ContainerCon will also feature a 25th anniversary black tie Casino Royale Gala. Attendees are encouraged to break out their formal wear and participate in casino games and enjoy dinner and live entertainment, as well as other activities such as an onsite photo booth, ice wine tasting, cigar bar and Poker 101 tutorial.

Sessions this year include ‘Orchestrating Containers in Production at Scale with Docker Swarm’ by Jerome Petazzoni — senior engineer and tinkerer extraordinaire at Docker. He will lead a hands-on tutorial providing insight into advanced Docker concepts, strategies for deploying and scaling applications using Docker Swarm and other open source tools of the Docker ecosystem.

There is also a Women in Open Source Networking Lunch: All LinuxCon + ContainerCon attendees who identify as women are invited to lunch for the opportunity to connect with other women in technology and build a stronger network.