Higher profile members of the key software application developer press were invited to the Microsoft Build conference this year to listen to the company’s vision for where its ecosystem will develop over the next decade.

Listening from afar, it has been fascinating to see how Microsoft’s conceptualising under the new grande fromage Satyo Nadelli has been analysed by the press and the programmer community.

Reporting for Time Magazine, Harry McCracken said that it felt like a 21st-century take on “Windows Everywhere” …

Microsoft Build attendees were able to learn how the firm is aiming to proffer forth Windows development channels for not just desktops but tablets, phones and the Xbox One extending onwards into Internet of Things technologies.

McCracken’s analysis is positively sceptical (as, arguably, most Microsoft analysis should surely be today), but more cutting perhaps was Jim Lynch this month on IT World.

Lynch highlights the fact that Nadelli is doing what the bulky showboater ex-CEO Steve Ballmer could never do i.e. let go of Windows as the centre of Microsoft’s universe. 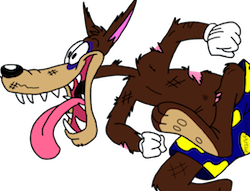 “Instead, Microsoft will be satisfied if people are using services like Office 365, Skype, OneDrive and Bing, whether they’re on an iPhone, Android device or Windows PC,” writes Lynch.

Is Microsoft really that wiling to change?

Is Microsoft (as a huge aircraft carrier of a business) really that nimble and agile?

Is Microsoft really that open in the face of a long pedigree and product line hinged around proprietary technologies?

Is Microsoft really clear is in its message sets delivered to the software application developer press?

Is Microsoft strategising to tow the openness party line and talk about wider product and platform development streams while all the while consolidating upon its core business model all the way to the bank?

We could not possibly say.