In a show of warm meritorious altruism and philanthropic awareness, Google has said that it will not initiate legal proceedings and sue developers of open-source software (on a list of specified patents)…

… unless the company itself is first attacked. 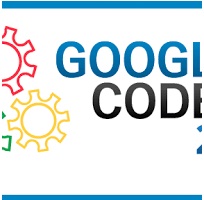 The specific pledge relates to 10 patents pertaining to MapReduce, a technology which sits at the heart of Hadoop and exists as the programming paradigm (or computing model) for large (big) data sets when potentially scaled across hundreds or thousands of servers in a Hadoop cluster.

At Google we believe that open systems win. Open-source software has been at the root of many innovations in cloud computing, the mobile web, and the Internet generally. And while open platforms have faced growing patent attacks, requiring companies to defensively acquire ever more patents, we remain committed to an open Internet–one that protects real innovation and continues to deliver great products and services.

Today, we’re taking another step towards that goal by announcing the Open Patent Non-Assertion (OPN) Pledge: we pledge not to sue any user, distributor or developer of open-source software on specified patents, unless first attacked.

We’ve begun by identifying 10 patents relating to MapReduce, a computing model for processing large data sets first developed at Google–open-source versions of which are now widely used. Over time, we intend to expand the set of Google’s patents covered by the pledge to other technologies.