Element, the open source company behind the Matrix-based messaging and collaboration app, is acquiring Gitter from GitLab.

Element is the main source of investment for Matrix; the open network for secure, decentralised communication on which Element is based.

Gitter is a chat and networking platform for developers, supporting around 1.7M users of GitLab and GitHub repositories.

The Gitter team insist that they are ready to ‘turbo-charge’ developer communities in Matrix.

This is Element’s first acquisition.

The events of 2020 have (of course) driven interest and usage of secure decentralised messaging and collaboration applications.

Many of Element’s largest deployments – such as the French government, Germany’s Bundeswehr, Mozilla and The Wikimedia Foundation – have stemmed from their IT departments or DevOps teams.

“It’s a privilege to have Gitter join Element,” said Matthew Hodgson, CEO and CTO at Element. “Gitter is the only chat platform focusing exclusively on developers and we cannot wait to extend its reach to the entirety of the open Matrix network – confirming Matrix as an option for open collaboration between software developers.”

Element will fund native Matrix connectivity for Gitter, bringing the two communities together and eventually transition the entire Gitter service onto Matrix. In a similar fashion, Gitter’s functionality will be built into future versions of the Element app.

“We will of course do this entirely as open source. The plan is to comprehensively document our progress as the flagship example of how to make an existing chat system talk – and transition to – Matrix,” adds Hodgson.

“A great project chat is an essential element of most open source projects and Gitter is the leading open source solution,” said Sid Sijbrandij, CEO, GitLab.

Under GitLab, Gitter’s community has grown to 1.7M users who have also contributed to improving the product. 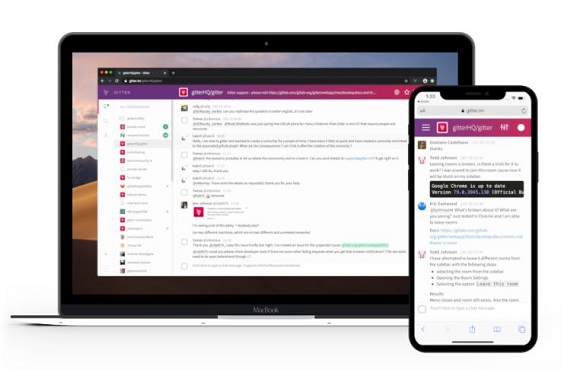