This is a guest post for the Computer Weekly Developer Network blog ‘penned’ by Dr. Andy Phillips in his role as director of technical operations at LMAX Exchange — the company is a specialist in technology that facilitates the FX trading strategies of both buy-side & sell-side trading institutions.

It’s the question that keeps C-level execs awake at night: how do they attract and retain the best talent? To become best in class, you need the best people and that has become an ever-tougher task in the highly competitive world of tech talent.

No longer are the stock options, pool tables, free meals and beanbags enough to set you apart from the crowd. For star developers, there are plenty of good financial offers on the table too, so pay packets alone won’t necessarily seal the deal, especially among those who are most motivated by the technical quality of their working environment and peers.

Finance sector companies in particular, who may have relied on brand recognition and big paychecks to attract the best talent are now competing with companies that did not exist a decade ago. It’s no longer cool to work in the City compared to being part of a fintech startup in Clerkenwell trying to disrupt traditional finance. For more career risk averse developers, Internet giants like Facebook or Google have as much or more attraction than the giants of Wall Street.

In fact, the solution to what appears an HR problem lies in technology.

To attract the best technologists, you need to show a commitment to being the best place for technology. The best way to do that is to take a transparent approach: show them your code and run corporate open source projects that allow potential hires to assess you as a potential employer.

Deeds (or code) are louder than words.

Open source is an imperative

A commitment to open source might sound like a niche concern for the CTO, but it needs to be seen as a front-line business imperative for tech companies who want to build their brands among sceptical developers.

Developers don’t want to take what companies tell them at face value: they want to look under the bonnet, and assess the quality and design of the code for themselves. If you want to win credibility among the developer community and encourage the right people to your brand, you need to share your work and demonstrate best practice, not just talk about it.

The benefits to an open source approach don’t end with the positive impression it can help foster among developers. 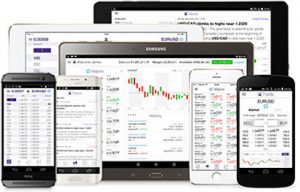 By open sourcing, you also get the benefit of having your code peer-reviewed and tested, giving potential technical customers an independent check on what they are being promised by the sales team, helping build confidence in your technology. What’s more, popular open source software gains features and fixes bugs more quickly than in house software, lending itself to scale more readily than proprietary software.

No fly-tipping software onto GitHub, please

Of course, making a success of open source is not without its pitfalls and it brings with it a need to invest time and resources. You’ll need to have technologists answering questions, writing documentation, merging pull requests and generally tending any project. You need to put in to get back; it can’t just be a case of fly-tipping your software onto GitHub and assuming a grateful developer community will spring up around your abandoned code.

Another failure is to have an ‘open source strategy’ which amounts to no more than using it for free and not contributing back. This is strip mining open source software for your own benefit. You need to contribute and become part of a reciprocal community.

Open source should be core to how you gain corporate advantage and preference in the race for top talent.

It’s about showing leadership, proving your credentials and demonstrating that you are a company that understands the way that top talent you’re competing for wants to work. Open sourcing can both support your growth and act as a primary recruiting sergeant for the talent that’s hard to find and attract.

Moreover, the open-source approach in recruitment cuts both ways. It’s not just about creating the right impression within the developer community, but helping you identify the right talent in the first place. You can supplement the traditional CV by looking at a potential candidate’s open source footprint: activity on their github account, Stack Overflow reputation, participation in open source projects. Above all, you can learn about the quality and style of their output: what their work is like and how they might fit into your team.

With an open source approach, both employer and potential employee can find out more of what they need to know about each other; those small but important things that so often won’t surface in a generic interview, but which can be the making and breaking of a working relationship.

A prospective graphic design hire will bring their portfolio to an interview. The developers you are interviewing have their own online portfolio of open source software. As an employer if you don’t have a corporate open source portfolio you’re missing an opportunity. That’s ok, there are companies out there that still don’t have a website.

Because of this truth… if you’re worried about where your next generation of developers is coming from, go above and beyond the job spec and interviews.

About the author and more…