I wrote an article on Computer weekly yesterday about the latest research about the size of the UK outsourcing sector. This is done every year by Oxford Economics.

The IT and data related services segment had the biggest revenues of all sectors at £38.7bn. The sector recruited just over 10% of the total outsourcing workforce at 320,000.

This would appear great for the UK IT outsourcing sector. However the revenues and the numbers employed have both fallen.

Why has this happened? The most obvious cause would be the economy which has really felt the effects of the downturn in 2010. But how much is related to offshoring and the increased tendency for IT to be outsourced to huge multinational suppliers, with revenues reported overseas and increasing numbers of staff either offshore or onshore form offshore locations on Intra Company Transfers and not paying taxes.

When you think that IT has the biggest revenue share in the UK outsourcing sector and that outsourcing was 7.4% of the UK’s total production, there is good reason to protect the industry.

See the full report here and compare IT outsourcing against other forms.

These graphs give you a taste. 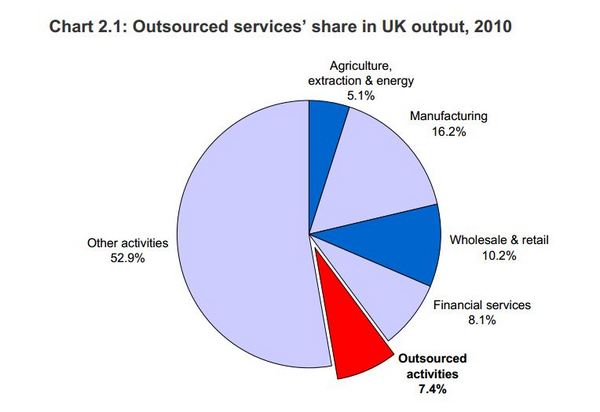 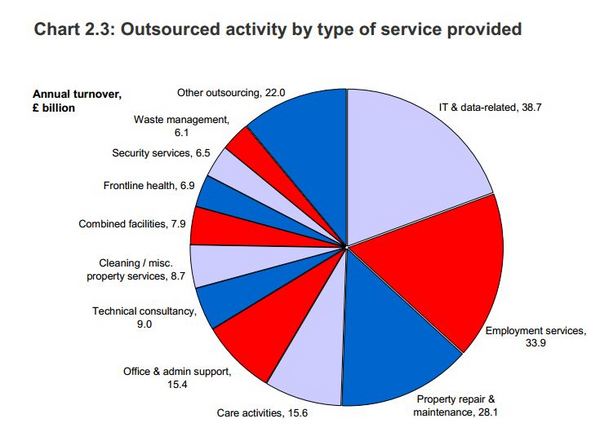