Latest Blog Posts
Related Content
BlogRoll
Latest News
Download Computer Weekly
There’s so much rubbish being tossed around about the “new” slates based on Microsoft’s Tablet PC standard. There is nothing new about the slate design but so many people are hailing it as a new paradigm. At the original launch of Tablet PCs back in 2002, there were five models from RM, Acer, Fujitsu-Siemens, Toshiba and HP Compaq. Only two were swivel laptops and three were slates (OK, the HP had a detachable keyboard but it was more slate than laptop). 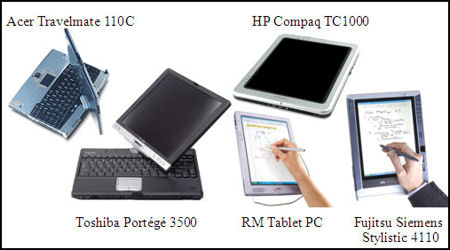 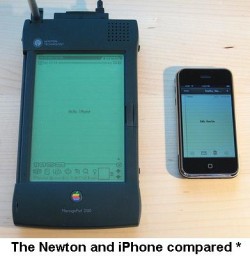 Prior to Microsoft giving the impression they invented the genre, Grid Computer had been producing slates for a decade, Fujitsu Siemens and the Compaq Concerto in the 90s. Notably, Apple’s Newton had appeared in 1993, although it was classed as a PDA at that time. Even so, Apple’s original plan had included a larger, even more slate-like version.

When the Tablet PC arrived, users voted with their fingers and chose the format that allowed them to type on a conventional keyboard rather than an on-screen keyboard or a simple slide-out keyboard. The lack of truly pen-based software wasthe main reason why slates remained in vertical markets, such as healthcare, and never really spanned the horizontal.

Another problem was that handwriting recognition was not reliable enough for text conversion. I remember upsetting Apple when I suggested the Newton could be the basis of a parlour game. Hand write a word, convert it to text and get the party guests to guess what the original word might have been. The first iteration of the misnamed Windows XP Tablet Edition (Tablet Extensions is more accurate) was better. Impressive though the recognition was it was untrainable and whenever I wrote, for example, “this is a VoIP technology”, my tablet insisted on translating this as “this is a Void technology” which could have led to a court case but my tablet didn’t care.

Windows 7 is much better, says Microsoft. Handwriting recognition is better and it has multitouch capabilities. I’ve not had a chance to try this but even if Microsoft is not gilding the lily it has to recruit software developers to the cause. I have no doubt that many will include touch screen selection of features and some, probably Adobe, will add image resizing to photo-based applications and graphics but really I don’t think the situation has changed. I look to Apple for innovation but I still agree with Steve Jobs when he said, “Real computers have keyboards.”

This may not always be the case but more innovation is needed. There are always ambiguities when a handwritten document is converted to text. When I write something in longhand even I have trouble sometimes reading it back. Currently, the computer usually arrays an ambiguous word with a pick list of options and the correct word is either chosen by the user or re-entered by pen or keyboard. It would be quicker if speech recognition was available so the user could say the word.

Slates may seem sexy but I feel most users will be happy with a touch-sensitive smartphone and a laptop. In the meantime I await Apple’s possible announcement on January 27, in spring, later this year or whenever it suits them – if it suits them.