Latest Blog Posts
Related Content
BlogRoll
Latest News
Download Computer Weekly
After the announcement that Nokia will team up with Microsoft to make smartphones, there was a quiet period as the two giants busily prepared devices for the mass market.
Over six months later the promising Nokia Lumia 800 was released and now we have the low-end Nokia Lumia 710 and finally the Lumia 900.

The Lumia 900 is what everyone was hoping for and expected when the initial announcement was made, it’s been a long time coming but was it worth the wait? 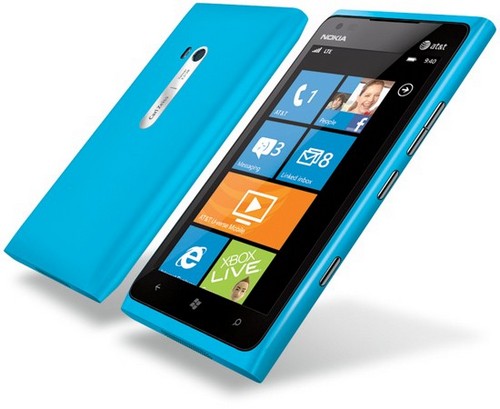 The key differences between the Nokia Lumia 900 and the Lumia 800 are that the 900 has a larger 4.3in screen, the Lumia has a 3.7in, and 4G LTE connectivity, something we’re still missing in the UK.

The Lumia 900 has the same 1.4GHz Qualcomm Snapdragon processor, 512MB of RAM as the Lumia 800 and will also come with Windows Phone 7.5 Mango.

Despite the single core processor, Microsoft and Nokia seem very confident that this will not affect the speed of the device. They are so confident that at CES 2012 they had a stand offering $100 to anyone that brings a phone faster than the Lumia 900. As far as I could see no one had won.

The screen is something that needs to be seen to be believed. At 4.3 inches, it is a great size but the main strengths are that it’s just so colourful, so vibrant and so clear! In fact one of the new features of the screen is ‘Clear Black’ which contrasts the black levels of OLED while reducing screen reflections. Simply put means that direct sunlight doesn’t reflect.

Of course, Windows Phone 7’s colourful user interface lends itself to such a device but when compared to other Windows Phone 7 devices, it is clear *excuse the pun* that this is by far the best screen a WP7 phone has. It’s even comparable to Samsung’s Galaxy S 2, in my opinion this wins but that’s my personal taste.

The body is made similar to the 800 in that it is polycarbonate too. For those of you that don’t know, this is a light yet strong material that feels really nice in your hand.

Probably the best thing about the body is that if it takes a knock or is scratched in any way then there won’t be any white markings as the shell is the same colour all the way through, this isn’t paint! The 900 will come in both cyan and black, both look good but I really like the black especially as the screen seems to be slightly invisible when locked.

The shape is slightly different to the 800 as it’s slightly curvier but it’s so subtle that you’ll struggle to notice it.

The 900 also has an 8 megapixel 28mm f/2.2 Carl Zeiss lens on the back and dual-LED flash. The 28mm focal length is an especially wide angle for phones,

which means you can get more into the frame. The front-facing camera is 1.3 megapixels and also wide angle. Nokia have always had good cameras and it’s nice to see they have continued to still be passionate about mobile phone cameras which is something that can’t be said of many other companies out there.

Another thing Nokia have stuck by is battery life, the Lumia 900 is said to hold up to 7 hours of talk-time and an incredible 300 hours of stand-by time due to it’s 1840mAH battery.

Nokia have stuck to what they’re good at and what consumers have come to love about their phones. Good camera, solid build and a good battery. What they’ve added is an operating system that finally brings Nokia into the modern era pulling them away from the painful Symbian OS.

Microsoft and Nokia are growing together and getting stronger together. The last Nokia phone I had was the N97 which has scarred me in so many ways but the Lumia 900 is so nice and so good that I’m tempted to give it a go and I think that says a lot, it’s certainly something I wasn’t expecting.