We’re conscientious souls here in the Inspect-A-Gadget lab i.e. we like to back-up.

With a couple of aging PCs that have been put through their paces (and ejected from a couple of airport scanner trays, thanks to sloppy security guards), we do understand that there will come a time when our disks will die. Although we use a good proportion of cloud backup where possible – nothing beats a slab of Solid State Disk (SSD) for hardcore backup.

Straight into the out-of-box experience with the Western Digital ArmorLock™ Security Platform then.

The 2 terabyte G-Technology™ ArmorLock™ encrypted NVMe™ SSD ships at £559.99 at the time of writing from shop.westerndigital.com  – the product is priced thus due to its positioning for high-end media production use cases and other professional workplace applications.

The ArmorLock app for iOS and macOS is free to download, but quite why Western Digital has omitted to include Android in its platform support is anybody’s guess.

The app itself is intuitive and works well with no instructions needed. You power up and connect the disk by USB-C and once the app takes you through set up (making a Bluetooth connection and asking the user to scan the QR code on the back on the disk) then you’re pretty much there.

What we liked most about this disk was its quietness, its coolness (older My Passport Ultra disks get much hotter) and its ability to stay unlocked and open and working with auto-locking after some ridiculously short time period (which many lockable disk products do seem to want to do).

It’s also super rugged and with IP67 dust/water resistance, up to 3M drop protection and 1000 lb crush resistance. We figured that six of us could have sat on it and tested that crush rating, but a) we’re terrible at forming 1000 lb human pyramids and b) we’ll take Western Digital’s word for it.

We had a test disk that appeared to have been used by some other source beforehand and it showed a couple of errors to start, but these were quickly self-repaired through Windows… so no complaints there. We set the disk up for dual Mac and Windows use, but the user can control the FAT settings to one platform only if they prefer. It would have been interesting to see if the disk would format to Xbox (we tried, it wouldn’t), but that’s not quite what it was designed for anyway.

Other key features of the ArmorLock encrypted NVMe SSD and ArmorLock app include high-grade 256-bit AES-XTS hardware encryption, secure erase and reformat to your favourite file system in one step, the ability to track the last known location of the drive on a map (we didn’t set that up, we’re not moving far) and in-field updates for continued security support, improvements and new features.

The company says that ArmorLock Security Platform was created to help with the diverse security demands of data-centric and content-critical storage use cases in industries as varied as finance, government, healthcare, IT enterprise, legal and media and entertainment.

Unlike password-based encryption technologies that interrupt workflows and prevent fast availability to digital assets, the ArmorLock Security Platform delivers security that allows the content owner to control how data is accessed and by whom.

According to Western Digital, “The ArmorLock encrypted NVMe SSD – delivering up to 1000MB/s read and write speeds via a SuperSpeed USB 10Gbps port – sets a new standard for high-speed encryption products by combining both ease-of-use and next-generation ‘zero knowledge’ security.”

Using the ArmorLock app, users can unlock the device wirelessly with their phone, using face recognition, a fingerprint, or the phone’s passcode.

“The ArmorLock mobile and desktop apps also provide fleet managers the ability to configure and manage multiple drives and multiple users to control who has access. Especially important for collaborative workflows that require safe shipping of content between physical locations,” added Western Digital, in its product review materials.

It is also be worth noting that Western Digital Corp aims to put the ArmorLock security firmware into all of its future external drives.

We would love to see Western Digital add an Android app and we’d love to know what types of user-facing functionality we might be able to expect over the next half-decade or so… but overall (although it’s not cheap), a plug-and-play 2TB in the palm of your hand the size of a KitKat has to be a pretty good thing. 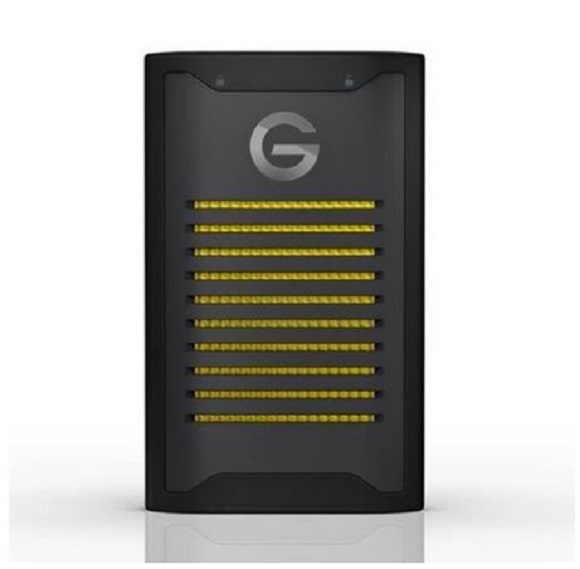 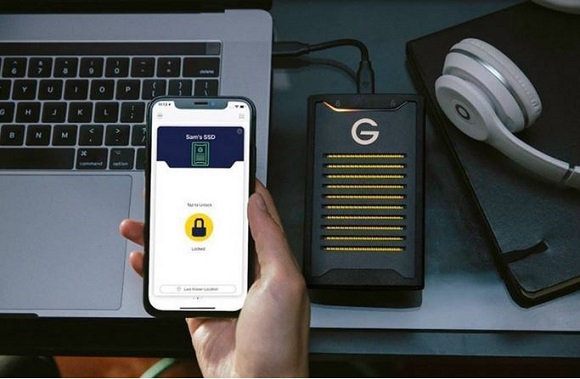