The DS9010 is one of a new range of iPod, iPhone and iPad speaker docks from Philips.  It follows on from the DS9000, which was launched last year. Thankfully the ‘1’ in the name isn’t the only thing that has changed though.

Priced at around £349 the DS9010 is certainly not cheap but compared to other high-end docks, such as the Bose SoundDock 10 and the Arcam rCube, on first impressions at least, it seemingly offers value for money.

Fortunately the beautifully curved brushed aluminum chassis means it wouldn’t look out of place as the center piece of a modern house that you’d expect to see on Grand Designs. I’ve come to consider myself an expert on this topic, I watched three episodes last week. 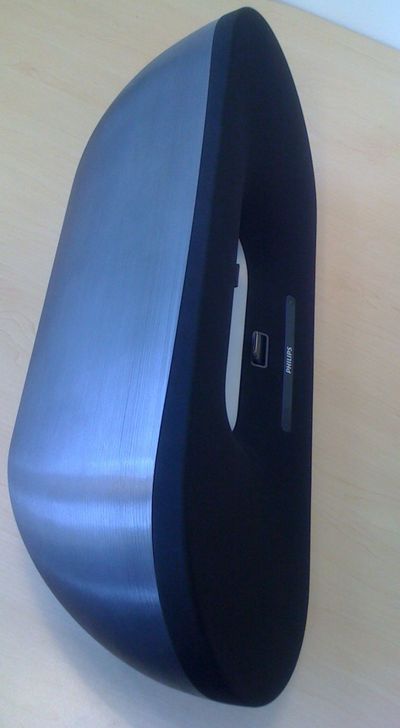 The front of the dock features only the Philips logo on a long plastic strip with volume controls either end and rubber pad above the hole in the middle of the dock, which your iDevice rests against to stop it rattling. 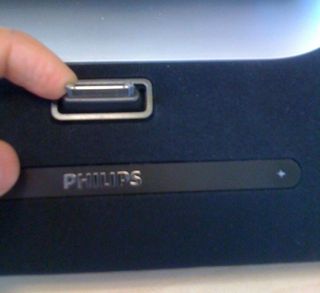 The dock itself is on a spring, allowing it to be pulled away from the speakers to attach your iPad, iPhone or iPod. Admittedly I found it a little fiddly with my iPhone at first, holding the dock with one hand and lining up the bottom of my apple device with the other but it gets easier with practice.

I would imagine it may be harder still with the iPad, purely because of it’s size.

The DS9010 utilises PureDigital processing technology to take direct digital output from the apple product with the high-quality digital-to-analogue converter then working its magic.

The curved shell of the dock, which houses four drivers and two 1inlow distortion tweeters made from silk and copper-clad aluwire, is shaped specially to minimize internal resonance.

It is difficult to articulate the bass delivery from the DS9010, the two 4″ inverted dome woofers, which reside in their own 3.4litre camber, pack a lot of punch, even without the Dynamic Bass Boost Enabled.

However, many decent earphone and cheap portable speaker owners will know all to well that bass can overpower the sound as a whole, almost becoming separate from the music. In the case of the DS9010 the bass holds your attention, letting the rest of the track do what it was created to do.

Of course, if you crank the volume up then the bass can take centre stage over treble but, depending on what genre of music your listening to, this may not be a bad thing.

This 100 watt dock should be used with the relevant app from the iTunes store as it allows an alarm and playlist and EQ settings to be controlled. Although, the remote was fully functional when I used it solely with my iPhones iPod app. 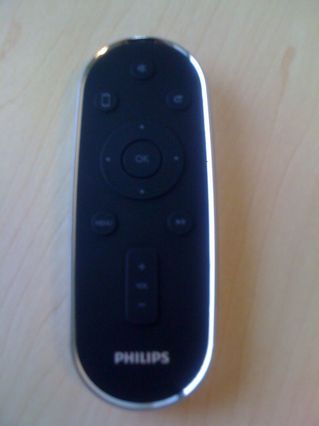 The DS9010 is in the lower bracket of high-end docking stations except it has the added bonus of coming with the price tag of a middle of the range speaker. The audio quality isn’t faultless but nor is it run of the mill, I mean you wouldn’t face too much of a struggle if you were looking for improved audio quality but you may struggle to pick your jaw up off the floor as you see the price of alternatives with similar specification.

Finally, here is a video offering a full 360 degree view: