The first thing you’ll notice about the F series is the amazing 16.4 inch HD screen, complete with anti-glare, well that’s what the top of the range model lower models have full HD 1920×1080 resolution.

This is a beast of a machine as it comes with a quad-core Intel® CoreTM i7 processors (Quad Core, 8 Threads), a Blu-ray disc writer, plus 8GB of DDR3 main memory which should be able to handle heavy video editing. 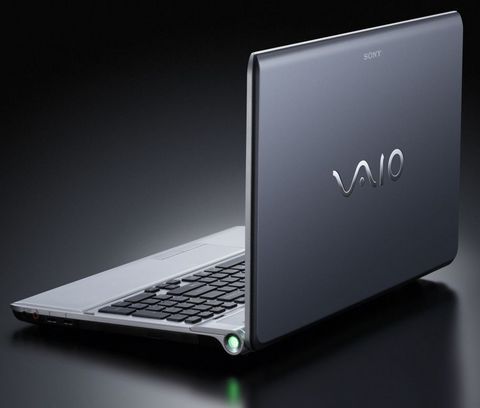 The F Series is also energy efficient, with the Sony light sensor (automatically adjusts screen illumination levels). There’s also a nice ‘Display Off’ button that cuts consumption when you’re listening to music or watching Blu-ray movies on a connected television.

My only negative point is that as with all Sony laptops this will cost a bomb. If you want powerful and stylish and money isn’t an issue when you’re buying a laptop then this is definately one to consider, especially for gaming and video editing.

But if you’re an average joe then you can probably find similar spec for half the price.

The new range of VAIO F Series multimedia computers is available in stores from 18th January 2010. It comes with Windows 7 Home Premium software.