If this tablet, or slate in actuality, sells more than any other currently on the market then I will quit this job and go into hiding. That’s just how ridiculous this thing is.

If you’ve read my review of the Asus Eee Pad Transformer, then you’ll know this isn’t personal as I am a massive fan but everything that’s right about the Transformer is soooooo wrong about the Asus Eee Slate.

Let’s start with what’s good about it. It has a dual core Intel i5 processor with 4GB of RAM so it’s definately fast.

In fact it’s as fast if not faster than most laptops out there. 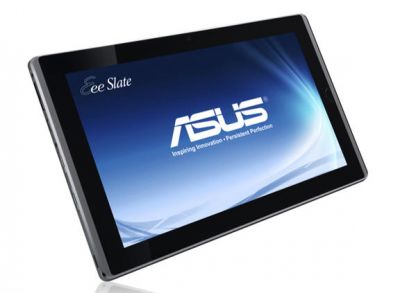 First of all, this thing is MASSIVE. When I saw it across the room I was scared. What is the point of a tablet if it’s not very portable?

It has a big 12.1 inch screen, ok that’s not gigantic but it’s an awkward size to hold especially one-handed.

Secondly, it’s heavy weighing around 1.2kg. Right now, the tablet market is all about portability. Lugging this beast around is no better than a laptop and it’s definately heavier than a netbook.

Thirdly, it runs Windows 7 Home Premium. Don’t get me wrong, I love Windows 7 I think it’s the best but not on a touch-screen tablet!!!

Lenovo’s LePad (awful name I know) is clever in that when it’s portable it uses Android and when it’s docked it works on Windows 7.

This thing just runs Windows 7 which while it has touch support, it wasn’t made for tablets. Asus didn’t even try to customise it for the tablet. It’s not terrible but when compared to the operating systems on Android, WebOS and iOS 4.3 it isn’t great.

Fourthly (yes it is a word), it comes with a stylus… A STYLUS. No-one bothers with those things anymore! Yeah you can use your fingers but it’s not as easy as the stylus so it’s basically not easy.

Fifthly (I don’t care, I’m gonna keep going), this thing is £1,000. The iPad 2 is half that price and it’s ten times better than this. A good laptop is less than that and a netbook is around £200, why oh why would you spend so much money on such a terrible idea?!?!?

Sixthly, as it’s on Windows there are no apps. You might think that it wouldn’t matter since you can install full programs like Office but any program you install won’t be opimised for a tablet unlike ALL apps.

Seventhly, this needs a keyboard or at least some great accessories to make it work and somehow I doubt it will have any. Otherwise alongside Asus’ Transformer, which is a brilliant idea, is just a big lump. It’s like a sports car without wheels. 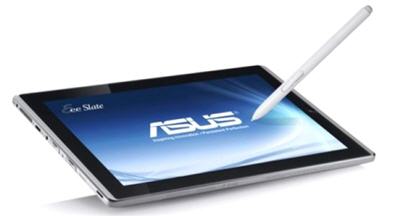 This should be a laptop. Simple.

This should have a keyboard attached one way or the other and whether it has a touch-screen or not is neither here nor there. Maybe a bonus but certainly not needed.

This is a powerful mistake. If you buy it, get a keyboard and a stand… or just do me a favour and buy a laptop.