This is a guest blog by Clare McDonald.

It’s been a busy month for Nokia. The firm has announced its latest 4G smartphone – the Lumia 625. The device was unveiled just a week after its new “camera phone” the Lumia 1020, and will aim to offer users superfast 4G at an affordable price.

Running Windows Phone 8 and featuring the new Nokia Lumia Amber update, the 625 is designed for users who want a simple smartphone experience, with the added bonus of a 4.7inch LCD screen. The screen will also feature Sunlight Readability Enhancement for those rare days of sunshine or to prevent glare from office lighting. As for the price, it was announced that the new addition to the Lumia family will be in the range of £200 before tax and other monetary additions, which definitely positions it as an “affordable” smartphone. 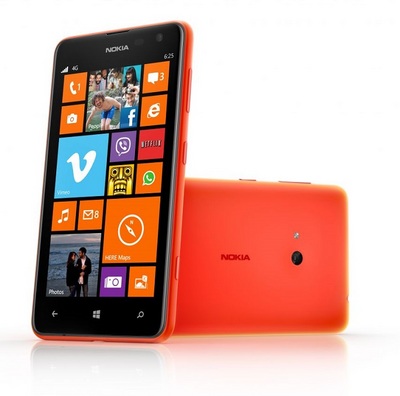 The Nokia Lumia 625 will offer many of the features that the 1020 is set to have, including the Nokia Smart Camera app, which will allow you to take a picture at around 35 less megapixels than the 1020. This mid-range handset also has 4G, but has a great focus on speed and ease of use.

With its 4.7-inch sharp display and fast internet access on Internet Explorer 10, this device might appeal to those wanting to spend their daily commute catching up on Game of Thrones or answering e-mails. The 625 will also boast the latest HERE Maps, HERE Drive and HERE Transit apps to direct lost travellers towards their destination. To top it all off, the use of Windows Phone 8 allows Lumia 625 users 7GB of SkyDrive storage for instant access to files from any location or device.

Those wanting to get their hands on this smartphone will have to wait for an official release date, but it is expected to be on sale in the UK later this year, and will be available in five different colours, complimented by the Windows Phone 8 ‘Live Tile’ effect.

Upon release in the UK, the Nokia Lumia 625 will be available from Vodaphone, O2, EE, Carphone Warehouse and Phones4U.