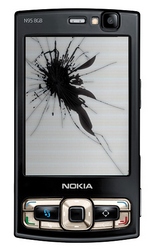 Where do I start? The title of this post is ‘tech companies that won’t exits in 10 years’ but with Nokia I feel it’s much sooner than that.

Bad decision after bad decision has resulted in the once all-conquering mobile phone manufacturer is standing on a ‘burning platform’.

Times have changed and Nokia has been far too slow to move with it, even now their recovery plans have taken far too long to put in place and so have too become old and outdated.

A stubbornness and self-righteousness has led the Finnish giant into thinking it is invincible while Apple and Google have torn them to shreds.

The other day at a conference someone said that a few years ago someone high-up the ladder at Nokia said “Apple have one device, we’re releasing 36 this year. Why should we be afraid?”

Nokia’s downfall can be directly linked to how bad Symbian is. An operating system that wasn’t developed for touch-screen devices has struggled with the simple nature of iOS and Android.

Nokia’s handsets have always been solid and pretty decent but Symbian’s lack of quality apps, inability to embrace the web properly (my N97 used to crash every time I went online), poor user interface (most actions take three or four actions) and the complete lack of originality have made it unusable.

Symbian is a doomed OS that doesn’t know what it wants to be and what is important.

Even when Symbian seems to be catching up, it’s undermined by the fact that Nokia was developing MeeGo to replace it and now working on Windows Phone 7 handsets.

Still doesn’t detract from it being an OS for the 1990s. 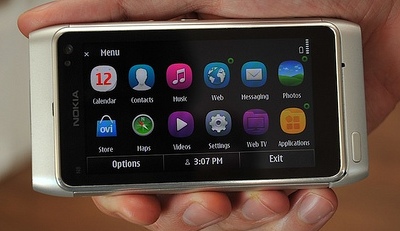 So, Nokia realised that Symbian wasn’t going to save them.

– Good for you Nokia.

And decided to start developing a new OS based on Linux.

They called it MeeGo.

It’s so simple, it looks like a child made it with lots of big buttons.

MeeGo was first announced at Mobile World Congress in February 2010 by Intel and Nokia in a joint press conference. The stated aim is to merge the efforts of Intel’s Moblin and Nokia’s Maemo former projects into one new project.

MeeGo was developed maybe a little too late but had it been any good then most people would’ve forgiven them but using the OS is a bit like using a children’s toy, it’s just too simple you feel it’s patronising.

The platform is flexible but still not good enough but do you know what the worst part is? They still haven’t released a MeeGo smartphone at the time of writing.

Even if the OS turns out to be amazing, Nokia’s commitments are with Windows Phone 7 now so MeeGo won’t get any support. 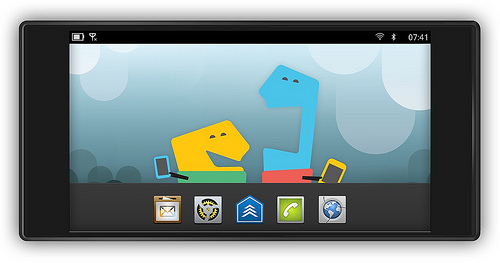 You’re probably starting to see a theme here, operating systems and getting them out quickly.

So when Nokia announced that they would move to Microsoft’s platform (yes two old juggernauts trying to take on the young cool kids), there was some excitement and anticipation.

BUT, it’s been a long time coming since the announcement during which Apple and Google has steamed ahead and not only have we not seen a Nokia device but the ‘Mango’ update for the OS has also been delayed.

Moral of the story? Don’t ask a tourist for directions.

Despite everything I’ve said the only hope for Nokia is Windows Phone 7.

I still think Nokia hasn’t got a hope in hell of redeeming itself but it could be seen as the best Windows Phone 7 manufacturer out there and could potentially just be seen as a hardware developer.

That might not be so bad but much depends on the success of Windows Phone 7.

They can’t cope. they are too far behind now, Apple and Android keep getting better and better.

Nokia is out of fashion and only popular with those people still hanging on to their Nokia 3310 claiming it’s indestructible and still makes calls.

If you go into a mobile phone shop nowadays, the chances of you leaving with a Nokia are slim unless you don’t have much money. Otherwise the choice is either an iPhone or Android.

Yep, the savior could also be their downfall. Most journalists knew that Nokia would team up with Microsoft but they also felt that using Android might be a safer bet for the Finnish giants.

There are many cool things about the OS and the potential of the Mango update means we’ll hopefully see what the benefits are of having a Nokia Windows Phone sooner rather than later.

While I can see Nokia reinventing itself as a hardware manufacturer, I have to say that the decision making at the company is so poor that I feel it is ingrained in the company DNA making it hard for them to change quickly enough to make a success. Therefore they may move too late.