We’re all enjoying the Internet of Things (IoT), right?

Well mostly… but a lot of the IoT is industrial mechanised sensors on aircraft and manufacturing equipment that we never see, plus, a lot of it is just too damned fiddly to get installed and so engineer into our lives.

Did you know that not all home camera devices are okay with 5Ghz broadband? No? Nor did we, until we plugged in a password about  20 times on one device we were trying to test this year.

Thankfully, the Imou Ranger IQ is smart enough not to be fussy about connections and handles all networks. The term ‘smart’ being the operative word in the eyes of manufacturer Imou, which insists that other home sensor cameras are ‘dumb’ by comparison.

What’s really appealing about the Ranger IQ is not just the fact that it was super-easy to install, super easy to get connected and super easy to use on the dedicated app… there’s also this really powerful ‘pan & tilt’ function that allows you to swivel the view right around what feels like 360 degrees.

Okay, its 355 degrees, after all, the Ranger IQ needs a base and it can’t video it’s own base on the table it’s sat on can it?

But what this does mean is that a) you could use this in place of perhaps two (possibly three) other standard home cams as you have so much direction control and that b) you don’t have to spend ages thinking about how accurately you position the unit before you leave it to do its thing.

Imou actually calls it an Artificial Internet of Things (AIoT) home security camera, because it uses detection software to automatically focus on and identify and recognise human targets.

“Additionally, the Ranger IQ can track a target while live streaming and recording simultaneously – logging their movement around your home. It can even distinguish between humans and animals, saving pet owners in particular from false alarms or unnecessary worry,” notes the company, in a press statement.

The image on the app screen is super clear (and you can pinch and zoom on the app itself)… and the Ranger IQ offers clear images in low light conditions thanks to the embedded Sony Starlight sensor. This imaging technology offers vivid full-colour streaming even in low-light conditions.

But what’s really great about this unit is the functionality.

So many IoT devices come with such non-intuitive user interfaces. If you want to turn camera shielding on for privacy at home, that’s your first and most obvious button function. If you flip up the live view and want to pan around, just hit the screen and a multi-directional virtual joystick icon comes up and you can start moving the field of view around.

Using Airfly technology, the Ranger IQ can be connected to Imou’s range of motion detectors, sirens and door sensors. This means it can get to know your home habits, alerting you when it detects unusual activity. It can be set to deter unwelcome strangers with a built in siren.

We nipped to the supermarket to get some essentials under COVID-19 (Coronavirus) lockdown and found that the queue was longer than expected… our partner at home had their phone and computer off, so we just used the Imou Ranger IQ’s Two-Way Talk feature to ‘shout out’ a message in the apartment we live in.

You could also use it to talk to your pet, if you’re lucky enough to have a doggy.

The Ranger IQ detects abnormal sounds via its built-in siren. This sends users an alert to their smartphone if it hears anything out of the ordinary within the home, such as a baby crying or breaking glass, keeping you aware of what’s going on, even if you’re not there.

It’s also compatible with smart home assistants including Amazon’s Alexa and Google Assistant, this means that the Ranger IQ allows users to operate the camera without having to lift a finger.

This is a nice IoT home smart cam, it’s a big step up from the likes of Piper or Hive or others in this market. Plus it’s called Ranger, just like Aragorn in the Lord of the Rings, what’s not to like? 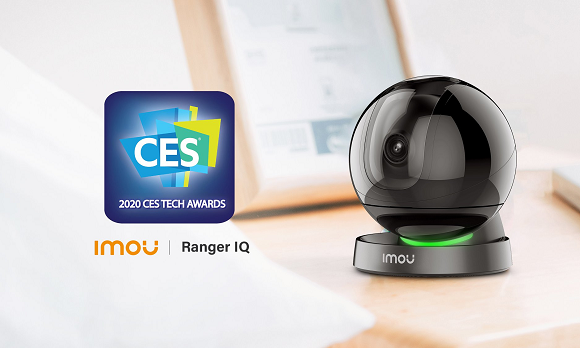 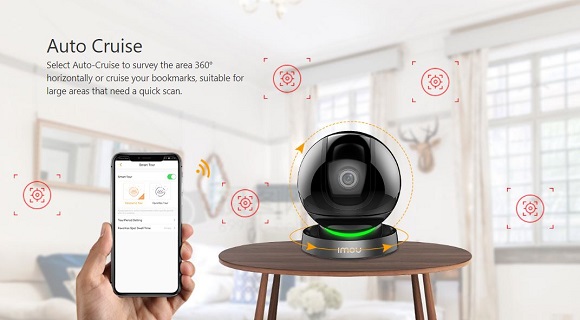