It was only a matter of time before there came pornographic apps for the iPhone. The ‘Hottest Girls’ app is the first iPhone app approved by Apple to feature nude photos of girls. It is rated 17+ for frequent intense sexual content or nudity, and frequent intense mature suggestive themes.

Let’s not kid ourselves, even though we don’t talk about it and it’s a bit of a taboo, pornographic apps are going to be the future and will probably be amongst the most dowloaded. 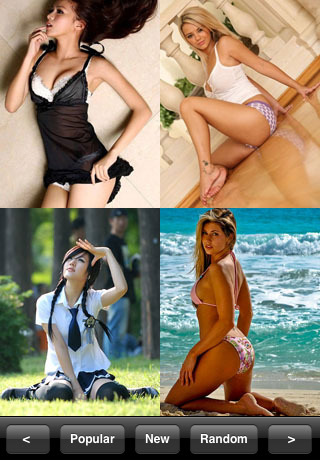 The only reason it has taken so long for this milesone to have been achieved is because Apple needed a parental control update that they rolled out in the 3.0 OS.

The first app ‘Hottest Girls’ is not really hardcore and isn’t the greatest app but, it’s the first of many.