The lion’s share of the product analysis carried out by Inspect-a-Gadget is typically hardware-based.

But let’s just stop for a moment – we did say ‘tools’ and, increasingly, we are referring to applications, web services and app components as tools. After all, these things are built by engineers; but in this case (obviously) it’s software engineers.

Of all the laptops, tablets, smartphones and cameras we typically take on the road, there is one software-based tool that come up again and again – a VPN.

As many readers will know, a Virtual Private Network (VPN) is a piece of software designed to create a safe and encrypted web connection. TechTarget clarifies further and says that a VPN typically, it is used over a less secure network, such as the public Internet. It uses tunneling protocols to encrypt data at the sending end and decrypt it at the receiving end. The originating and receiving network addresses are also encrypted to provide better security for online activities.

Crucially (especially in 2020) a VPN can also be used to provide remote employees with access to software applications hosted on proprietary networks.

Among the more vocal providers in this space is NordSec, the company behind NordVPN, an organisation with offices in the United Kingdom, the Netherlands, Cyprus, the USA, Lithuania, Switzerland, and Panama.

NordVPN says that logging into a UK server via its service renders Evil Twin, MITM, WiFi sniffing etc. useless, but you (the users) still need to be wary of phishing and all other forms of malware and ransomware etc.

So how does it work — and, is VPN encrypted public WiFi is safer than WiFi you have at home?

Down the encryption tunnel

When a user connects to the Internet through a VPN, the Internet traffic goes through an encrypted tunnel, securing data and redirecting it to one of the servers of the VPN provider. Not only does a VPN tunnel encrypt data, but it also hides IP address and location.

So what happens when your data reaches a VPN providers’ server?

“When the data arrives at the VPN server, the outer packet is removed to access the data within through decryption. Neither ISPs nor hackers can read it, even if they manage to intercept it. Since there are no logs, information cannot be traced back to the user,” said Daniel Markuson, digital privacy expert at NordVPN.

Markuson continues, “Any data sent over the Internet needs to be split into packets. Visually speaking, private data is split, encapsulated and passed through the encrypted VPN tunnel. When the data arrives at the VPN server, the outer packet is removed to access the data within through decryption. This is how information entered to the banking site is invisible to hackers.”

So the position from NordVPN states that an unprotected public Wi-Fi is more vulnerable than a home Wi-Fi connection. However, when comparing the two, the level of safety depends on the configuration of both networks.

“When it comes to using a home Wi-Fi, malware injections and Wi-Fi sniffing are just as plausible. Most routers are protected with WPA2 encryption, but security holes can appear due to delayed updates. Old devices usually don’t use encryption, and their outdated firmware does not receive security patches, which are essential to avoid hacking attempts,” said Markuson.

In 2017, Australia joined the US and UK authorities in holding Russia responsible for a series of cyberattacks that had affected millions of commercially available routers worldwide.  According to the joint technical alert issued by the US Department of Homeland Security and the FBI and the UK’s National Cyber Security Center, the attacks were not that difficult to pull off, as many network devices lack proper protection against remote intrusions.

Cybersecurity aside, the team at NordVPN explain that privacy can be equally threatened on public Wi-Fi and at home. Both of these networks are supplied by a particular Internet Service Provider (ISP), which might eavesdrop on connections or log user traffic. With Net Neutrality repealed in the US, ISPs are free to exploit ‘paid prioritisation’ — a concept where telecom companies charge an additional fee to transport a video stream or other content faster through its network.

Markuson concludes by reminding us that a VPN won’t compensate for basic security awareness. Even though cybersecurity tools block part of malicious domains, if users deliberately access unsecured sites, click on malware-loaded ads and follow suspicious URLs, cybercrime is inevitable. 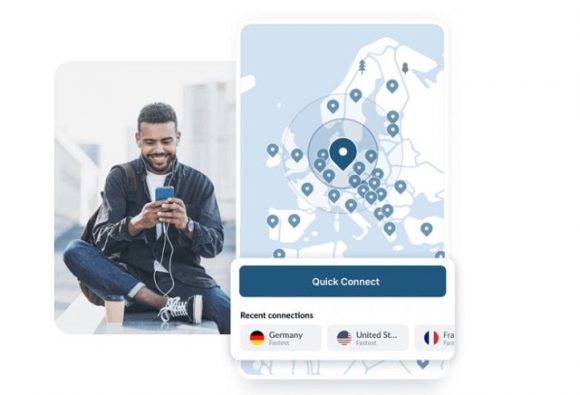