Among the arguably higher profile Virtual Private Network (VPN) brands out there this decade (so far) is NordVPN.

What not every casual user might now is, this is a technology now built on open source foundations.

Going back to Spring of 2020 (somewhere near the start of lockdown, remember?) the company rolled out NordLynx, a new technology, built around the WireGuard protocol.

WireGuard is a free and open source software application and communication protocol that implements VPN techniques to create secure point-to-point connections in routed or bridged configurations.

NordVPN says that WireGuard is considered to be ‘the future industry standard’ no less – so as such, the company has worked to make NordLynx available for Windows, Mac, iOS, Android and Linux users.

“NordLynx is the most significant technological improvement ever introduced to our customers [and] the VPN industry [at large]. It is a new-generation VPN protocol that is faster than anything we’ve seen before. To understand its impact on connection speed and the changes users can expect, we took an academic approach using statistical methods and carried out 256,886 speed tests,” said Daniel Markusonv, a digital privacy expert at NordVPN.

The company says that using NordLynx, when a user connects to a nearby VPN server and downloads content that’s served from a content delivery network (CDN) within a few thousand miles/kilometres, they can expect up to twice higher download and upload speed.

WireGuard is noted as faster than other VPN protocols (OpenVPN and IPSec) and consists of only 4000 lines of code, it is also easier to deploy and audit.

Markuson notes that although WireGuard is easy to implement and manage, its ability to secure users’ privacy often comes up as a point for discussion.

“It does not dynamically assign IP addresses to everyone connected to a server. Therefore, it requires storing at least some user data on the server, compromising their privacy. This is the main reason why NordVPN came up with NordLynx,” he said.

NordVPN’s double Network Address Translation (NAT) system allows users to establish a secure VPN connection without storing any identifiable data on a server. Dynamic local IP addresses remain assigned only while the session is active. Meanwhile, user authentication is done with the help of a secure external database.

Markuson thinks that WireGuard has an ‘elegant’ cryptographic design. He says that NordLynx has undergone ‘hundreds of hours of polishing’ to solve complex obstacles when preparing its infrastructure for scaling.

The WireGuard protocol itself was created by software developer Jason A. Donenfeld. 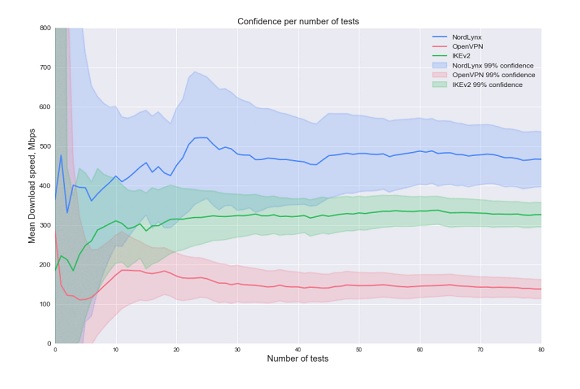