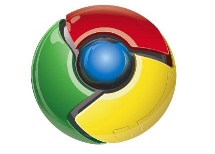 Yesterday evening (yesterday afternoon in the USA) Google formally demonstrated Google Chrome OS to a throng of salivating journalists . It’s been known about for a while, but this was the first time anyone was able to look at it working. Those cynical scribes, almost to a man and woman, hit Twitter and the blogs soon after with a general response that can be largely summed up as “so what?”… Of course, there were positive voices here and there but, on the whole, it feels like most commentators were competing to be the little boy who saw the Emperor naked.

Chrome OS isn’t an operating system in the traditional, desktop computing sense. It’s designed to boot up from solid state hardware in about 7 of your Earth seconds, and be ready to use. Instead of applications on your local drive, the apps are online. They’re Google apps like Docs and GMail, services like Facebook and Twitter. Although the OS has already been found out in the wild, you won’t be able to buy Chrome OS in a box. You’ll have to buy a device with the OS already embedded.

My take is this: Chrome OS is for a growing audience of service users – people using the web, Facebook, emailing each other… It’s for that generation of folks who have grown up with computers and mobile devices to whom SMS and Bebo are second nature, but who wouldn’t know a spreadsheet even if their name appeared in one on Wikileaks. It’s not necessarily for business users or digital specialists – though they can be online service users too.

The criticism I’m seeing splits into two camps. The first is should the Windows/Apple hegemony be quaking? It’s a moot question – because until cloud computing is powerful enough to replace Exchange, Office and the MS monopoly in business, there will be a need for traditional laptops running Windows. Specialist apps will need a local OS for the time-being. Graphic designers will still want Photoshop on their Mac Pros. Gamers will still want machines you can max out with RAM and fit with the latest graphics card.

What Google seem to be asking though, is why do you need all that just for getting your emails?

The second lot of criticism seems to be – “HAHA it’s not an operating system at all! I am clever and techy and it’s just Linux on a ROM chip!”. This says more about journalistic expectation than the apparent intention of Chrome OS. People expected an OS that fit their existing view of Windows, OS X and the *NIX family. Google’s offering is something different. It’s “just a browser”. That’s kind of the point.

Could it fail? Yes, it most certainly could. There’s a history of thin client devices coming to market and being given a jolly good ignoring by the general public and business. Oracle and Sun invested heavily in them during the 90s for example, with very little take up.

But, here’s why I think the concept could work now in the consumer market. Next year is shaping up to be all about tablet PCs and netbooks: portable, lightweight computing devices that straddle the niche between smartphone and laptop. See where I’m going? Chrome OS will be debuting on a device, will be coming into a market and competing with similar products from Microsoft (the “Courier” project) and Apple (the mooted “Slate“) – as well as in all probability ASUS, Dell and a bunch of others. So – this won’t be a “wilderness” product; something no one understands. And, it’ll be cheap, be branded with a name everyone knows and it’ll be fast.

Could the public’s willingness to accept Linux on netbooks be an indicator that they’ll be happy to work with Chrome OS on a netbook or tablet? We don’t have a crystal ball – just balls of steel. And we’re willing to wait and see rather than condemn Chrome OS before the products have even come to market. In the meantime, you can find out what all the fuss is about on YouTube.