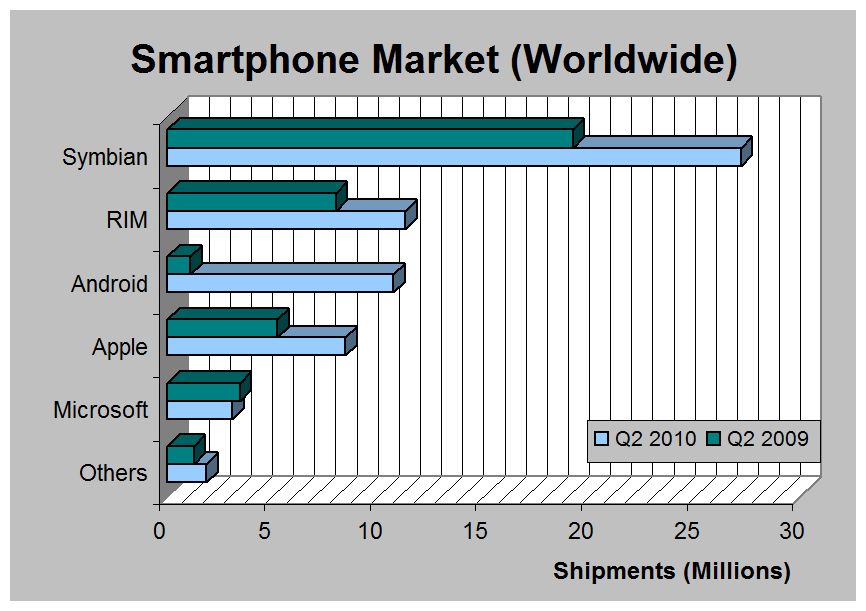 In the second quarter of this year, Symbian mobiles still held on to the lion’s share of the Smartphone market but Androids are gaining ground rapidly. All but Microsoft increased sales when compared with the same quarter of 2009, according to research by Canalys.

The Android market is booming and the quarter saw the Google developed operating system pass Apple iPhone shipments and come within reach of RIM Blackberrys. From being a relative newcomer in 2009, Android has shown a massive 886% growth.

Microsoft shipments went down by 10%, the only operating system to stall in the year on year comparison. As CEO of Microsoft Steve Ballmer admits, the company has missed a generation of smartphones and the operating system is looking dated. Despite efforts to refresh the interface last year, the market seemed unimoressed. Notably, Sony Ericsson launched, but later dropped before actual release, its UK version of the Xperia X2 using Windows Mobile.

In October we will see the new-look, renamed Microsoft Windows Phone 7 trying to claw back market share and sometime early next year we are promised Symbian^4. It should be an interesting twelve months. 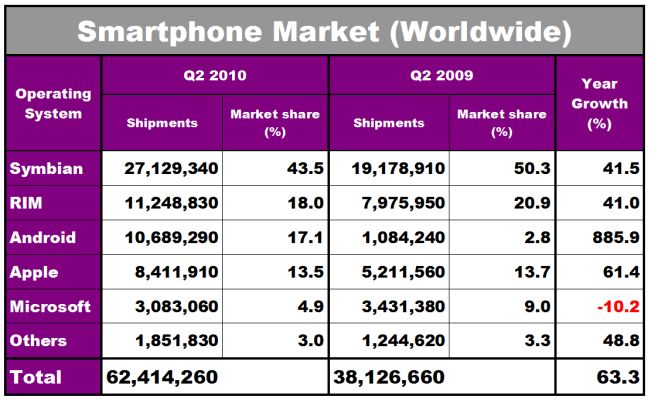