Latest Blog Posts
Related Content
BlogRoll
Latest News
Download Computer Weekly
The end of the last decade saw the arrival of handheld consoles in glorious colour with the arrival of the Nintendo Gameboy Color. It also marked the death of Sega’s ambitions to own the games console market following the release of the Dreamcast console which allowed the company to survive until 2001.
Sega’s transformation into a games software company left Nintendo and Sony to play their own game of Tom and Jerry. In 2000, the arrival of Sony’s iconic Playstation 2 (PS2) tipped the balance in Sony’s favour. Nintendo intended to strike back with the GameCube in 2001 but found itself in a three-cornered fight with Microsoft entering the console world.
Microsoft’s Xbox had a troublesome birth. Like Nintendo, it found that Sony’s PS2 had established such a lead that it was difficult to compete. Nintendo had the benefit of a user base but Microsoft had to fight the fears that Xbox would be a thinly disguised PC. This started to change when Halo started to establish itself as the killer app that everyone wanted and to get it meant owning an Xbox.
Killer apps were a main selling point Nintendo had the Super Mario Brothers, Sega had Sonic the Hedgehog and Xbox now featured Halo. Sony was rapidly building a bad boy reputation, and the newspaper headlines, with Grand Theft Auto. Despite this Sega was dying and Nintendo was beginning to look dead in the water.
Fortunately, the handheld GameBoy series was still a big earner for Nintendo but Sony was determined to take this market too with the launch of its PSP series in 2004. Despite the higher specifications, the higher price proved to be a stopper and Sony still holds only a half of the market share of Nintendo’s DSi.
In 2005 the gaming gods smiled on Microsoft. Expectations were rising with two powerhouse releases from Sony and Microsoft. For a while it looked like the PS3 and Xbox 360 would arrive at the same time for a head to head battle. Microsoft had gambled vast sums of money to try to topple Sony. Sony was banking on its reputation to win through. Maybe it was fate or perhaps it was arrogance that allowed Sony to slip the release date. Whatever the reason the Xbox appeared a clear year before the PS3.
This lead meant that programmers switched to developing for the 360 and Microsoft gained the market. When the Sony console appeared sales were less than expected and Microsoft had achieved its objective. 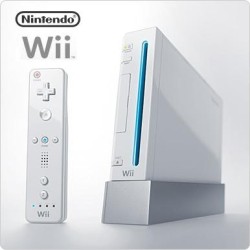 With the two market leaders concentrating on one another, Nintendo slipped in with a much-derided console that has since taken the world by storm. Reviewers mocked the Wii’s name and slated it as underpowered technology compared to the super consoles it was up against. what they couldn’t have foreseen is the success of the software.
The secret weapon is the Wii Remote hand controller with in-built motion sensors. With software like Wii Fit leading the way by latching onto the health boom, other interactive games such as Mario Kart Wii followed. Each game seems to involve a new add-on, mat, skateboard or modification for the Wii Remote.
Now the other console makers are playing catch-up with the keywords for the end of the decade being ‘interactive’ and ‘online’.
SearchCIO
SearchSecurity
SearchNetworking
SearchDataCenter
SearchDataManagement
Close