The problem with the 3D goggle box is that you need to wear special goggles to view it. Japanese mobile network company NTT DoCoMo thinks it may have the answer with a small-screen mobile phone display that can give the illusion of a 3D image – without the glasses.

It uses a lenticular lens which is a flat, ribbed sheet where each of the vertical ribs is a cylindrical lens. This is similar to 3D postcards but the effect is much more realistic.

Normal 2D images display an array of picture cells (pixels) that always look the same regardless of the viewing angle. 3D images have several subpixels and a cluster of subpixels is known as a 3D pixel.

The lenticular sheet is attached to the display in such a way that each cylindrical lens overlaps several subpixels, each of which is emitting light in a different horizontal direction. Changing the viewing angle changes which subpixel is displayed and gives rise to the 3D effect – but only in the horizontal plane.

The technology is in its early stages and NTT DoCoMo hopes to increase the resolution and allow vertical plane 3D in future concept models. 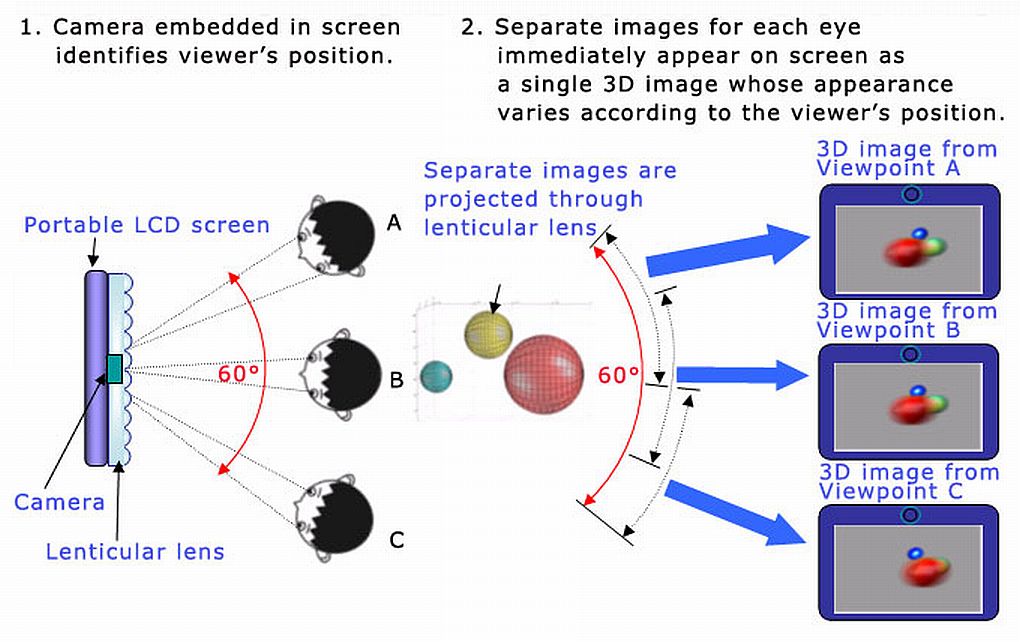