Some weeks ago I was interviewed by the BBC, who asked what I thought the greatest security threat to the National Identity Scheme (NIS) would be. The answer was easy: the biggest threat to ID Cards is things that aren’t ID Cards. 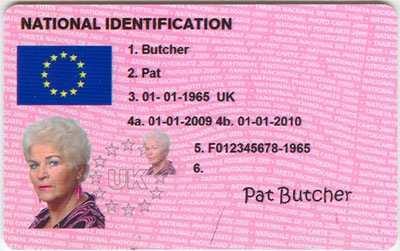 Whilst there will doubtless be numerous attempts to use the NIS in criminal ways, the simplest will be to create bits of plastic that call themselves ID Cards but aren’t – they don’t relate to any legitimate record in the National Identity Register and wouldn’t stand up to anything more than a visual inspection. But until we have access to pervasive card verification facilities, how will anyone be able to confirm whether a card is legitimate, even if it looks fine? In situations where a relatively low burden of proof is required, such as proof of age for buying alcohol (as opposed to taking out a mortgage, for example), a quick visual inspection will suffice if a card reader isn’t readily available. The consequence of this will be ‘flash and dash’ fraud, and the problem with that type of fraud is that it will undermine public confidence in the NIS, even though the NIS itself hasn’t been breached.

The problem is not unique to ID Cards: passports, bankers drafts and banknotes are all subject to this sort of problem. The solution is to roll out the verification infrastructure very quickly indeed, so that the window of opportunity between the first cards being issued, and relying parties having the ability to check them, is as small as possible.

So I was interested to see that a couple have been jailed for manufacturing ‘fake ID cards’. These are readily available from the back of magazines and on the Internet, and carry credible (if meaningless) logos and crests, with titles such as ‘UK Identity Card’ on them. The best ones even have small print on the rear saying ‘for novelty use only’. I assume that the reason they were punished was for pitching them to underage drinkers, since I can’t see what crime is committed if a card is made up without breaching any copyright, doesn’t actually resemble any official document, and is sold for novelty purposes. The crime happens when the holder uses it to misrepresent themselves or their entitlement.

A quick google around the novelty card sites suggests that many have recently closed, which might be because Trading Standards is stamping on them – or maybe they’re gearing up to start producing ‘real’ fake IDs?