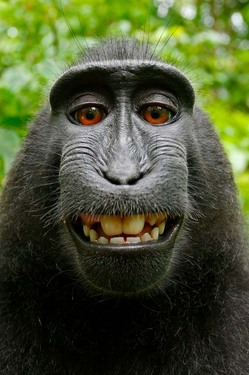 Last month saw the UK premiere of the latest Planet of the Apes prequel, in which Gary Oldman goes completely kiss-a-hobo-slap-a-donkey bonkers and imagines the world to be overrun with a simian patriarchy hellbent on destroying the human race. He subsequently attempts to eliminate every damn dirty ape on earth, curb-stomping a small, defenceless spider monkey in the process, following a lengthy, brutal bar brawl that rivals the most gruesome of Tarantino scenes. Then he sucks up the flattened bloody remains with a Dyson DC50 Multi-floor Bagless vacuum cleaner in what is likely to be the most misjudged example of product placement in the history of cinema.

At least, that’s probably what happens, anyway – we’ve not seen it yet as we’ve been too busy writing stories for you ungrateful lot. The film does, however, contain monkeys, which allows us to reference it effectively for the purpose of a lazy, substandard segue.

You may think that – like in the movie – monkeys could only overtake the planet using violence, but a story this week revealed an alternative method of world domination available to our hirsute relatives.

Most of the images used on our site were paid for via a subscription to an online image library. But we didn’t pay a thing for the one above. Why? Because the copyright is ostensibly owned by the photo’s subject. When British photographer David Slater visited Indonesia in 2011, this cheeky crested black macaque stole his camera and took a few snaps of itself. That’s right. It turns out monkeys are narcissistic and pathetic enough to take selfies too.

Understandably, Slater says the copyright belongs to him, but Wikipedia is contesting this, saying that, because the photo was taken by an animal – and animals cannot own the rights to an image – the copyright is held by no one. It’s hard to say who’s right. All we know is we can’t wait to see the next Planet of the Apes prequel directed by the late Michael Jackson’s chimpanzee Bubbles. In fact, Sky News has already announced that its war cameramen have been let go, and will be replaced entirely by the cast of the 1971 PG Tips commercial.