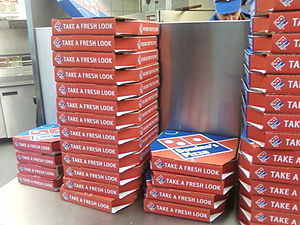 There is nothing quite like that feeling of waking up hungover on a Sunday morning and knowing just a few clicks away is the saving grace to quell any Jagermeister side effects – hot stuffed crust pizza delivered to your door.

The only problem comes with the knock on the door. Then reality hits that you have to show someone from the outside world just how dreadful you look, so awful in fact you have considered on many occasions keeping a paper bag on the key rack for such an occasion.

Well fear not fellow booze hounds! Purveyors of ultimate greasy pizza Domino’s have come up with a cunning scheme using their technological nous; a pizza delivery drone named the DomiCopter! The takeaway company released a video this week of the bot in action, flying across the skies to give you the carbs and calories much needed after a night on the town.

Sound unnecessary? Perhaps. But if you had seen the state of some of us at Computer Weekly after a session in The George, you would be thinking those delivery guys were bloody lucky to not have to confront our ugly mugs.