PowerPoint, Microsoft’s venerable crutch for presenters, has come under fire from the military, says the Grey Lady, aka The New York Times. The bullet points it makes are “dumb-dumb” bullets, according to Thomas Hammes, a retired Marine colonel, because its structure papers over the need to view the data more critically. The apogee of PowerPoint art was this slide, which describes what the US was doing in Afghanistan. “When we understand that slide, we’ll have won the war,” said General Stanley Chrystal, the leader of American and NATO forces in Afghanistan. But PowerPoint was useful, says the NYT, for when the goal is not imparting information, as in briefing reporters. Those sessions are known as “hypnotising chickens”. Well, cluck me gently, sergeant-major. 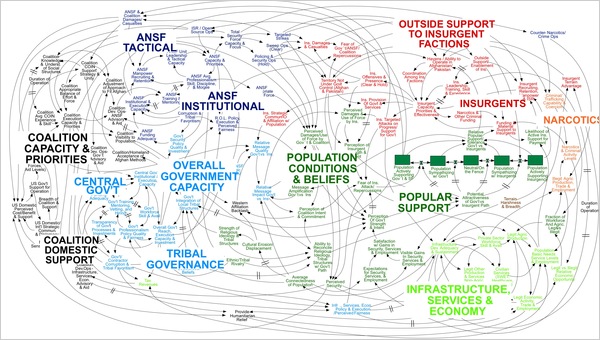