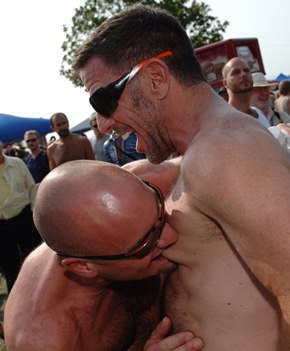 It’s well known that you should never answer an internet ad asking for something weird, so when a man from Switzerland answered a personal ad looking for someone to be the steak in his dinner, you can imagine how it went wrong… sick innit?

The Swiss man in question said that he only responded to the ad because he thought it was all part of some ‘dark and twisted role play’ and was shocked to find that the man on the other end of the telephone was genuinely hungry.

Seriously though, if you see an ad that says ‘Cannibal looking for someone to eat’ do you think ‘wow, it’s another dark and twisted role play that I need to get in on’  or do you think ‘weirdo’? I think weirdo every time.

Also, who in their right mind responds to ads that are about ‘dark and twisted role play’ anyway? Weirdos, that’s who.

Over the phone the Slovakian cannibal expressed a desire to kill his victim, then cook and eat him.

It was at this point that the Swiss man decided not to go ahead with it and call the police instead.

The Pigs (or pork, maybe even bacon) sent in an undercover officer posing as the victim, possibly marinated in a honey glaze, in a sting operation to catch the man muncher.

During the arrest, a gunfight broke out and the cannibal and a police officer were both shot.

A police spokesman said: “It appears this man was genuinely seeking to eat someone.”

“His advert said he wanted someone who would agree to be put to sleep then killed, cut up, cooked and eaten.”

Good luck to the guy that shares a prison with him.