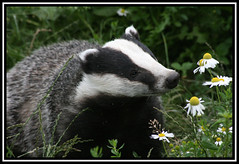 Brian May has been fighting against badger culls across the UK and making us fall in love with the furry creatures, but techies beware; they are after your broadband!

BT has had to stop work on its fibre roll-out in Easingwold, Yorkshire, after it discovered several badger sets where it had planned to lay its cables.

This means 450 homes who were expecting to get their hands on superfast internet speeds will have to wait whilst BT calls in a specialist badger consultant – yes, that is a real job – to let them know if the sets are in use or whether the badgers have packed up their mash potato and moved on.

If BT had ploughed on they would have faced a fine of up to £5,000 and up to six months’ imprisonment for each “sett interference.”

Perhaps they could do a deal with the badgers and give them some free Wi-Fi? They are an internet sensation after all…