Congratulations to mobile operator O2, which may finally have found a way to put an end to the most tedious and embarrassing aspect of the consumer digital revolution.

With Apple releasing the iPhone 6s, we saw the usual response from fanboy freaks to queue for hours outside an Apple store in order to get their hands on a new smartphone with a few more features than the one they have and that will be still available a couple of hours later to normal people who arrive at the store during a common sense time of the day.

O2, however, clearly realising that these people need to be shocked out of their delusionary behaviour, resorted to the ultimate deterrent. They sent in the Chuckle Brothers.

As the photos below show, Apple shoppers at the Westfield White City shopping mall in London’s Shepherd’s Bush were sent screaming in terror at the site of the chucklesome duo bearing down on them brandishing iPhones with the intent of inflicting mild, seaside humour upon them.

Well, perhaps not screaming in terror. But we can only hope that the long-term effect will be similar. We at Downtime praise O2 and the Chuckle Brothers for their valiant attempts to rid us all of this annual spectacle of Apple idiocy. 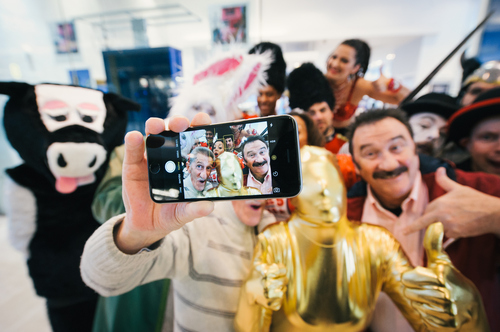 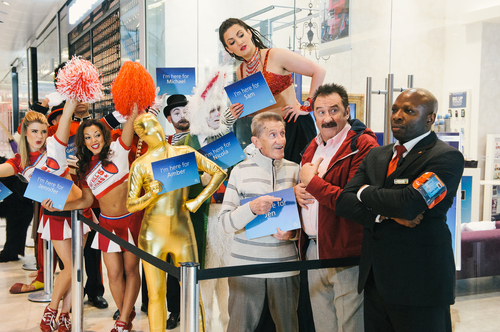 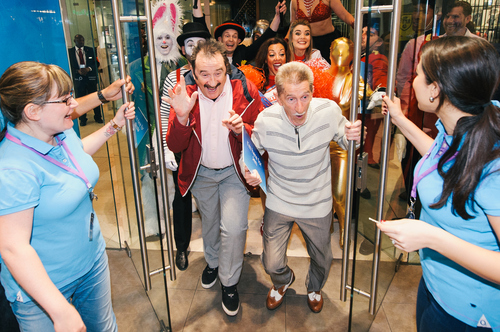