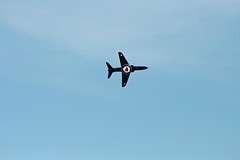 Defence contractor BAe Systems ditched plans to adopt Microsoft Office365, the online version of the Microsoft Suite. The supplier could not guarantee the company’s data would not leave Europe, in spite of operating a data centre in Dublin.

“We were going to adopt Office365 and the lawyers said we could not do it,” said Charles Newhouse, head of strategy and design at BAe Systems, speaking during a panel debate at the Business Cloud Summit 2011 in London.
His experience highlights the gulf between what the industry is trying to sell and the reality of big business. Regulated industries have strict policies on data and whether it can be exported. Even if we ignore the powers of the US government under the Patriot Act,  cloud software should not be used in a regulated industry unless the sovereignty of data retained in the data centres of the cloud providers is retained.
Since Microsoft cannot guarantee this, nor Google, nor any of the other public cloud providers then what good is a public cloud service?
Development and testing are clearly good candidates, so long as the data is not deemed critical. But if you value you data, and would prefer governments to make official requests for the you you, then perhaps it is better to retain the data in your own data centres.
Sure a provider may be able to offer a bespoke service, that complies with your regulatory framework. That is basically outsourcing.