More than ‘just’ a low-code software company these days, Portugal-founded OutSystems will be 20-years old next year and the company now stands for an application platform designed to provide AI-assisted tools to help developers build and deploy a range of applications.

The latest from OutSystems sees it enter into a new collaboration agreement with Amazon Web Services (AWS) to deliver deeper integrations with AWS services in the OutSystems Cloud.

So in terms of who gets what here, OutSystems developers can now put enhanced AWS DevOps, data and analytics, Artificial Intelligence/Machine Learning (AI/ML) and other AWS services in the OutSystems applications they are building.

As such, OutSystems now calls itself a modern application platform company… with the obvious ‘modernity’ reference there being apps that can exist and flourish in the age of cloud.

What kind of apps could be built here?

The joint work here will focus on evolving the OutSystems Cloud offering and work to remove the constraints of legacy software tools, and accelerate the ability to integrate advanced cloud-based services into applications.

OutSystems and AWS will enable a simplified consumption model for OutSystems Cloud by making it available in AWS Marketplace and invest in the OutSystems Forge marketplace to (it hopes)democratise innovation by the developer community.

“Our relationship with AWS is a foundational component for delivering on our mission to give every organisation the power of innovation through software,” said Paulo Rosado, OutSystems CEO. “OutSystems Cloud enables our customers to develop their applications faster and easier, while leveraging the advantages of AWS. We will continue to support our customer and developer communities by further investing and optimising our platform.”

Doug Yeum, head of global partner organisation at Amazon Web Services, Inc.says that he is pleased that OutSystems is augmenting its cloud offering with the breadth of AWS services in areas such as developer tools, data and analytics and machine learning.

More AWS in a growing rapid app platform with low-code functions wrapped up as a part of a tighter integration should sound like good news for OutSystems developers… more of what they already like, but with Amazon-fuelled data power built-in.

They don’t have many rainforests in Portugal (apart from on Madeira), but if they did, this is (arguably) what they would sound like. 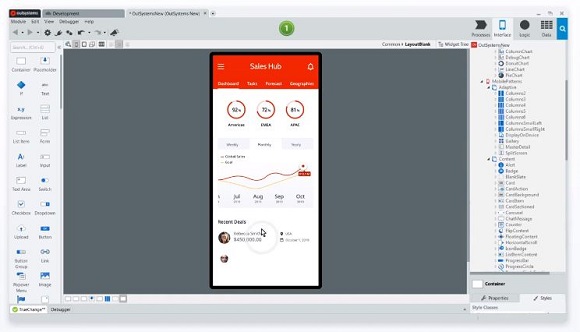