CEO of WiFi analytics platform Purple Gavin Wheeldon has joined futurist Mike Ryan in an assertive prediction to state that by 2025, a surge in data use stimulated by unlimited mobile contract plans and the roll-out of 5G, will push the networks to breaking point.

The duo predict that cellular networks, which already depend on WiFi to cope with increasing data consumption, may fail to hold up under the pressure of unlimited plans and 5G.

The upshot, for software application developers working to produce mobile apps (if the predictions ring true) could be that the connectivity and data consumption aspect of building apps is less of an issue.

There is also a ‘no voice’ driver for developers, but we’ll get to that in a moment.

Building for mobile is typically a space where developers have to accommodate for smaller screen sizes, battery life considerations, lighter processing power and a defined degree of data Input/Output (I/O) connectivity due to the nature of the device — in a world of WiFi only (or at least WiFi first even), although the core I/O capability of the device and the size of its data pipe remains the same, the flow of data is always there and is more accessible.

“Mobile networks rely on being able to offload data onto WiFi,” says Wheeldon, “More traffic was offloaded from cellular networks on to WiFi than remained on them in 2016. As we enter the Zettabyte era, with annual global IP traffic expected to reach 3.3 ZB per year by 2021, it will be increasingly necessary for WiFi to take more of the strain.”

People in urban areas are already using WiFi on their mobile devices even when they think they are using 4G. In the next few years, wearable devices, such as digital contact lenses, could replace mobile phones and data usage will increase.

“WiFi, or an evolution of the current technology with unlimited speed, will be the go-to-choice for data delivery, potentially removing 4G and 5G networks altogether by 2025,” said Ryan.

Purple says that the number of UK venues using its guest WiFi service increasing year-on-year (2016-2017) by 36%, while the number of unique users logging in to the WiFi at these venues is up by 57%.

“We are at a tipping point,” says Wheeldon, “If growth of WiFi continues at this rate, people in urban areas will soon be able to use fast, free WiFi exclusively for Internet access and data downloads.”

Purple has found that there are already almost 12 million commercial and community WiFi hotspots in the UK, with the majority offering free access. With mobile habits changing, it begs the question: could WiFi serve all our connectivity needs?

Developers, focus on ‘no voice’ apps

A report by Deloitte in 2016 found that 31% of smartphone users make no voice calls in a given week – compared to 4% in 2012. Similarly, following a peak in 2011, the use of texts in the UK has plummeted by almost half.

Calls and texts have been overtaken by instant messaging through apps like Facetime and Whatsapp.

Purple expects WiFi to outlive mobile networks — the implications (if this is true) for developers and the applications they are building could be interesting. The takeaway here is (arguably) to focus on so-called ‘no voice’ apps and prepare for a big WiFi data pipe to serve the mobile app of the future. 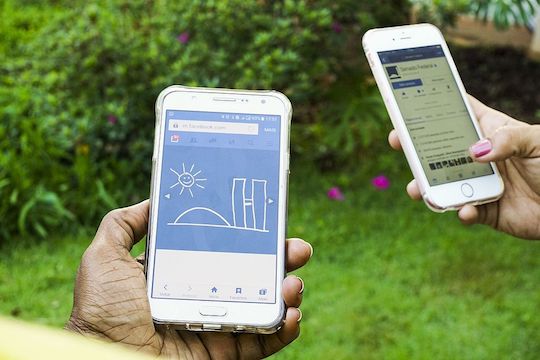