IOVOX doesn’t describe itself as a data analytics company, but its approach to creating voice-driven apps that it hopes will modernise telephony could spell the start of some interesting new usage models for developers working in the voice-data space.

Designed to be used by both developers and non-developers alike, the company is hedging its bets on its concept of “voice apps”, which it says will revolutionise the traditional telco model.

Voice as a Service (VaaS)

Put simply, this is Voice as a Service (VaaS) — an open voice platform letting non-programmers build applications that put the functionality of the web into voice services and build an alternative to more expensive telco services.

But what on earth does that mean?

Good question, I’m glad you asked. I spoke to IOVOX CTO Ryan Gallagher this week to ask him why anyone would want to control an online application or web service using a phone call. 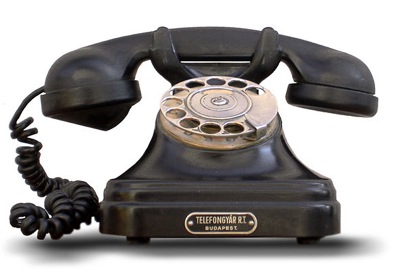 Gallagher told me that there are uses cases here where companies will want to add features to phone calls so that calls can be re-routed, recorded transcribed, used to track sales leads and so on.

“It might be as simple as a teenager sitting up a karaoke competition or as powerful as LiveBookings.com’s restaurant reservation system. Customers buy a number, define how the call works — such as how it is routed, having it recorded and transcribed — and add functions. Finally, customers can measure results – for example, times of peak activity, sales conversions and where calls came from — just as Google Analytics can measure website activity,” said Gallagher.

This is a developer proposition that offers the opportunity to create “voice-enabled websites”, so what does that mean? Well, from a simple application where a Land’s End to John O’Groats charity cyclist is able to “dial his website” and post updates, to farmers in Africa using fledgling cellular networks to exchange data with the web — there is, if you buy the argument presented here, a place for voice control (or enablement at least) of the web.

“The time is right to give the power of web voice services to the public. Despite falling revenues people forget that voice is still growing exponentially and it remains the most compelling, human way to communicate and persuade. There are lots of things you can do with voice that you can’t do with email, SMS or other technologies, voice has a human element and a sense of urgency. But the old telco model is broken. Telephony is the same as it was 25 years ago and with our platform we’re looking to change this with its innovative functionality. By freeing up the voice services platform we’re enabling people to monetise their telephone traffic, be entrepreneurial and give a wave of people the chance to build cool new telephony apps without needing technical knowledge,” said IOVOX’s Gallagher.