It is here, low-code no-code (LC/NC) has become part of our developer toolset and our global software application development fabric.

Low-code, of course, doesn’t mean no-code, it is an approach designed to provide developers with shortcuts, pre-templated functions, reference architectures, componentised accelerators and so on… almost all of which entails further ‘hard code’ crafting to graft, implement, custom-align and integrate with some higher-level system architecture.

Some low-code tools are complete software packages designed to deliver complete functions and functionalities, but not all, most will involve the hard-coded competencies we have already eluded to above.

But once again, no-code typically involves a level of hard code skills in order to bring it into being.

Where no-code (and indeed low-code) is used, developers will typically be on hand in order to define its parameters, create the required levels of policy access and governance needed… and indeed to ensure its existence in the first place.

If anything, low-code no-code (LC/NC) is arguably an evolution of the era of Rapid Application Development (RAD) toolsets that proliferated throughout the 1990s (Ed: ah yes, we remember Sybase PowerBuilder, Microsoft PowerApps, Salesforce Lightenking, Oracle Application Express… and of course we should mention FileMaker Pro, right?)… and although RAD tools still enjoy some deployment existence in what might be considered to be legacy installations (such as behemoth public sector systems), we have of course moved on to the LC/NC era.

So if LC/NC is here, what do we need to know?

The Computer Weekly Developer Network now embarks upon a feature analysis series of discussion pieces driven by industry evangelists and LC/NC advocate practitioners who will help steer us with these new autopilot controls.

Questions we hope to cover could include some (and more) of the following thoughts.

Will LC/NC give rise to out-of-control rouge code and application tooling as a result of citizen developers running wild? We should never really consider driving mission-critical (or life-critical) systems with software built using LC/NC, right?

Many people fear that the use of LC/NC will give rise to too many unsupported applications, how far is this concern a reality? Deeper on that point, can we suggest that development of LC/NC software is basically a route to developing more shadow IT, surely?

As TechTarget reminds us, “Although many shadow apps can improve productivity and collaboration with little or no financial cost to the company, their use comes with risks. If an employee accesses a cloud app with his or her personal account, for example, corporate data may be put at risk or even lost if the employee leaves the company. Shadow apps can also cause bandwidth issues on the corporate network, slowing things down and impacting everyone’s productivity.”

Equally though (and also from TechTarget’s definition pages), “LC/NC modular approaches let professional developers quickly build applications by relieving them of the need to write code line by line.”

They also enable business analysts, office administrators and others to build and test applications. These people can create applications with little to no knowledge of traditional programming languages, machine code or the development work behind the platform’s configurable components.

So deeper into LC/NC, then… there is great functionality here to had in some cases, but won’t scalability issues always arise and manifest themselves in a way not seen inside ‘traditional’ coding shops.

With some seemingly positioned across both low-code and no-code space, where do we draw the line between the two disciplines or is there no hard and fast border?

Where will LC/NC grow and develop next?

We know that as of now, business process or workflow applications are the most popular area for LC/NC tools – and these are (obviously) apple with web and mobile front ends that are often customer-facing applications, so will LC/NC now grow more significantly in the back-office space, or headless technologies prevail.

What effect has Covid-19 (Coronavirus) had on the LC/NC space given that we know some apps have been built super-fast using these tools?

Gartner’s magical cauldron of analytics on low-code suggests that many tools (from apps to suites to platforms) in this space are prohibitively expensive with complex licensing, which effectively rules them out of being cost-effective in terms of enterprise-scale licensing.

Code and application maintenance is obviously important here, so what are the implications for low-code in this regard?

Pushing further still, we need to know how well low-code tools fit in with source code control and code repositories. How well do they play in the open source community? How much code sharing and best practices exist in the low code market?

Many would argue that low code tooling offers a way to speed up development, just as DevOps has provided a means for developers to deploy code quickly (without the need for heavy – or any – Ops involvement ) and led to security and performance optimisation shifting left… which in turn means that low code offers a way for IT decision-makers to open up development to a wider cohort of stakeholders in the business. But, if this is so, then how do we encourage people to pick up these tools and code for themselves?

We can also say that low code and no code goes hand in hand with API management (after all, the functions resulting from LC/NC are comparatively useless without APIs to connect to systems of record such as ERP/CRM/HCM etc, data sources and a compliance framework… so how should we consider the API management argument in this whole analysis.

The science of compliance

Let’s also cross the T(s) and dot the I(s) and ask whether the application and data services being created in low code makes sense in a wider business context i.e. are they ethical, legal, do they infringe upon people’s privacy or draw incorrect assumptions etc?

Is anyone actually thinking about these things! We want to know.

So is LC/NC a great leap forward or a drag-and-drop abyss that we’re about to plunge into? We will find out and you can read the whole series on these linked pages as we progress. 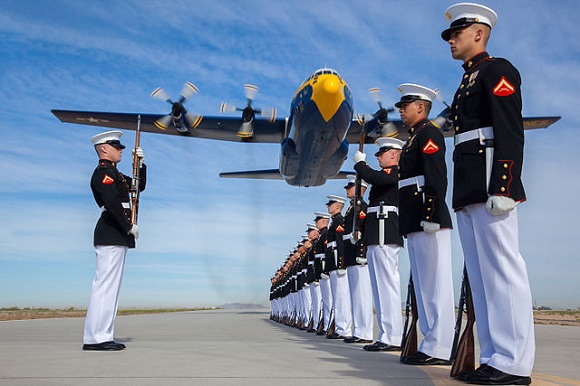