In technology terms we use the word zombie to refer to malicious bots set up by hackers to forward transmissions (often spam and viruses) to other computers on the Internet.

But there is a new kind of zombie technology that needs to be defined i.e. zombie business applications. 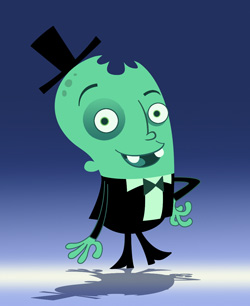 The zombie business application resides in a desolate wasteland of zero users and limited functionality.

As such, it is a bloodlust driven ogre of a beast designed to sap the lifeblood out of any user who comes into contact with it.

Gary Calcott, technical marketing manager at Progress Software, points to recent BBC reports suggesting that more than half of all applications in Apple’s App Store, are ‘zombies’, or applications with next-to-no downloads each month.

NOTE: One of the many reasons for the increased prevalence of these ‘zombie’ applications is that they never appear in any official app store charts.

“These are daily charts, published by the likes of Apple and other app store providers to demonstrate popularity of apps based on specific criteria. As a result, applications that are not listed in these charts are easily forgotten about – doomed to an eternity of limbo, with little or no revenue or engagement passed on to developers as a result,” said Calcott.

So what’s the secret to surviving this terrifying onslaught of zombie applications and ensuring that your application is built for sustained success?

“As anyone who’s seen a zombie film will tell you, survival in the face of the undead can depend on adherence to a number of set rules. It’s no different for businesses looking to stop their applications from becoming ‘zombified’. Here are my five tips for staying safe and avoiding your own, application-based zombie apocalypse,” said Calcott.

The anti-zombie gospel according to Progress Software

1. Take one step at a time – As aficionados of the zombie movie genre will tell you, it’s important to take things one step at a time. Circumstances can change quickly, which makes pragmatism a vital quality. The same is true for developers of business applications. Too many look to achieve too much, too quickly. Instead of developing every feature and function all at once, developers should instead manage their resources and focus on shipping incremental value in the short-term, in line with demand.

2. Don’t be a hero – We’re all familiar with the scene in the movie where one brash, arrogant upstart bites off more than they can chew in a bid to take all the glory for themselves. It’s a lesson that developers and software developers would do well to learn.

One of the most common developer pitfalls is a lack of connectivity with the developer community.

These communities can be an invaluable means of identifying where demand lies, and the best way of ensuring that applications are built in line with what users want. Anything else is just guesswork.

3. Be prepared to run…quickly! – One of the identifying characteristics of zombies is that they are slow and cumbersome, which makes speed a vital asset when combatting them. This is equally true for business application developers and the platform they use.

It doesn’t matter how well crafted your application is – if the development process is slow and difficult to manage, it’s far more likely that the zombification process will catch up with them.

If, on the other hand, it’s quick and fluid, it’ll leave the zombies trailing in its wake.

4. Think on your feet – Although speed is important and can help you to out-run zombies, it’s important to remember that it can only get you so far.

Different situations can require different skillsets, and so it’s critical to remain resourceful in the face of the undead.

For this reason, application developers rely on the ability to remain flexible in the face of changing circumstances, new technologies and innovations. There’s no room to be restricted in your movement when fighting zombies of any description, which means that agility, combined with speed can be a perfect combination.

5. Buddy up – When faced with a zombie invasion, the old adage of safety in numbers rings true. Instead of fighting a lone battle, it can help to find somebody else you can trust, who has your back when you are most exposed. Similarly, software vendors rely on the reassurance of finding a partner they can trust through thick and thin. In both cases, the partner of choice will need to be agile, quick on their feet and, above all, intelligent if they are to work together to overcome the zombie threat.

Calcott suggests that when all is said and done, survival in the battle against zombie apps is, primarily, a matter of common sense.

These rules are a useful starting point for developers, but it’s important to remember certain fundamental principles. By ensuring business applications are timely and relevant, and that they meet a gap in the market, most will, hopefully, avoid ending up as re-animated zombies in the app store graveyard.