Stream is an activity feed platform for developers and product owners – it is used by programmers to build newsfeeds (think: how your Twitter or Instagram feed populates, or how YouTube recommends videos to watch).

Stream offers an alternative to building feed functionality from scratch, by simplifying implementation and maintenance.

The new APIs currently coming out of Stream have been to reflect the trend for so-called Features-as-a-Service, that is – the process of integration and maintenance of common application functionality, often brought about via APIs.

With the announcement of Stream 2.0 also comes complete multi-region support. Developers can now select from four geographical locations from which to run their feed functionality on Stream’s API: US East; Ireland; Tokyo; Singapore.

This, enables developers to optimise for network latency by mapping their usage to the region closest to their users. 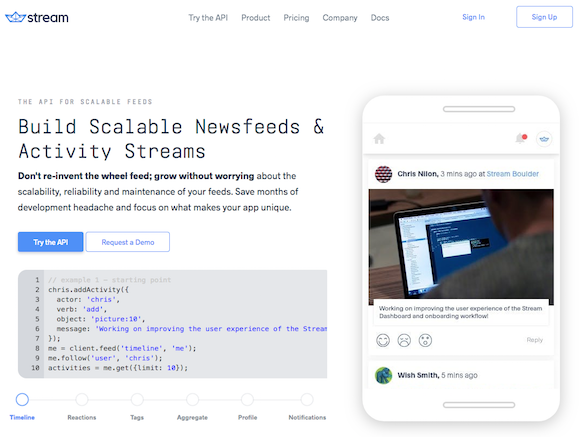