Oracle has used its Oracle OpenWorld and JavaOne exhibition in San Francisco this week to outline the next major release of the Oracle Solaris operating system. The company says that it is paving the way for the next version of this enterprise level OS by releasing Solaris 11 Express, to provide customers with access to the latest Solaris 11 technology.

This release is intended to be the path forward for developers, end-users and partners using previous generations of Solaris. 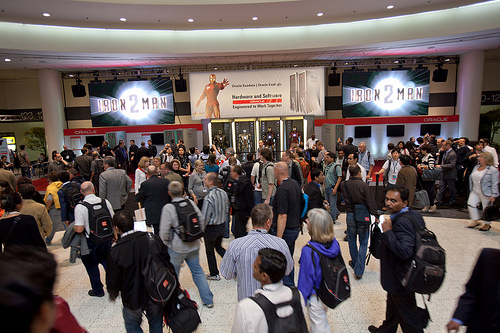 Here at the show itself, rumours suggest that this is some of the first evidence of the wider Oracle technology stack being brought to bear upon Solaris – and that this is positive joint engineering and integration.

When it does arrive in its full blown version, Oracle Solaris 11 is scheduled to contain more than 2,700 projects with more than 400 new so-called “inventions”.

Oracle says that Solaris 11 will virtually eliminate patching and update errors with new dependency-aware packaging tools that are aligned across the entire Oracle hardware and software stack to reduce maintenance overhead.