Microsoft has rolled out a second technical preview of Visual Studio 2013 Update 2.

The new release shows Microsoft adhering to its pledge to “regular cadence” in terms of how frequently it now brings developer updates to its programmer audience.

Microsoft Visual Studio 2013 Update 2 is released with the TypeScript language and tooling built in.

So TypeScript is now “in-the-box” (to use Microsoft’s term) with Visual Studio 2013.

TypeScript 1.0 RC is also being made available for Visual Studio 2012 users as a standalone installer.

Microsoft developer division VP Soma Somasegar says that the new functionality in this release primarily spans (though is not limited to) five areas of investment:

TypeScript is a language for application-scale JavaScript development.

First available as a test build to developers in October 2012, it is a typed superset of JavaScript (for large scale projects) that compiles to plain JavaScript and runs on any browser, any host and on any OS.

Father of C# Anders Hejlsberg is one of the key members of the TypeScript team.

JavaScript for thousands, not hundreds

Hejlsberg has explained that much of the reason for bringing TypeScript forward (as a Microsoft project) is that JavaScript was envisioned as a language to be used for 100-line applications and not applications with thousands of lines.

This release is cumulative and consolidated so that it contains everything Microsoft has already released in Update 2 CTP 1. 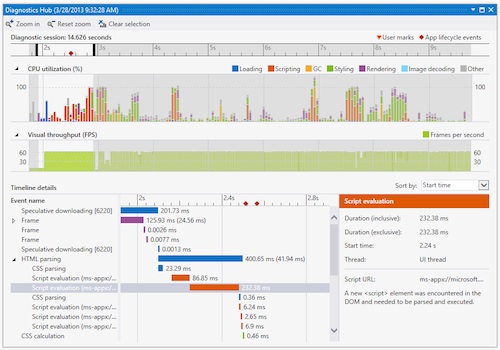 “Agile planning. Visual Studio 2012 introduced a wide range of capabilities focused on enabling agile teams, not only for development but also for planning. With VS2012.2, Team Foundation Server (TFS) has been augmented with an additional variety of features to help make it even easier for agile teams to do their planning, in particular around adapting to a team’s preferences and work styles. For example, VS2012.1 introduced new project tracking options, including a Kanban board and a cumulative flow diagram; VS2012.2 augments those experiences with the ability to customize the Kanban board to adapt it for an organization’s needs,” wrote Somasegar, in a blog post.