PayPal and Braintree today have announced the £65,593.13 pence British Pound winner of its 2015 BattleHack Series. 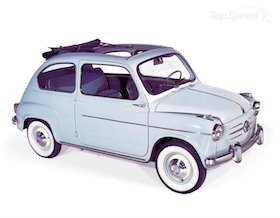 Braintree’s full-stack payment platform provides businesses with the ability to accept payments online or within their mobile application.

Essentially, it replaces the traditional model of sourcing a payment gateway and merchant account from different provide

The 24-hour BattleHack World Finals took place at PayPal HQ in Silicon Valley and hosted 14 teams of developers from across the globe, all winners of their regional BattleHack competitions.

Competitors were tasked with building an application that incorporates the PayPal, Braintree or Venmo APIs, encouraging hacks that include an element of social good.

The US $100,000 USD prize (see exchange rate above) was awarded to the team from Venice, Italy.

“We’re thrilled with what Team Venice built. Their technology has the potential to democratise access to the technical features of high-end cars, making it possible to turn any car into a smart car,” said John Lunn, senior director of developer and startup relations at Braintree.