A new stream of ‘app opportunity’ is said to be burgeoning across the software application development landscape.

We are supposedly about to witness the real impact of Near Field Communications (NFC), a technology that can make secure contactless device-to-device communication a reality, or so we are told.

NOTE: Near Field Communication (NFC) is a short-range wireless connectivity standard (Ecma-340, ISO/IEC 18092) that uses magnetic field induction to enable communication between devices when they’re touched together, or brought within a few centimetres of each other. 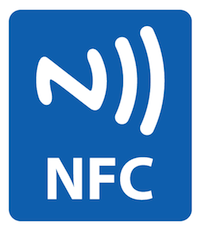 A key driver for NFC support is security and access (keycards and dongles, identity, entry and access, boarding passes, and transponders).

Intel explains that NFC technology is intended to be used to transfer small amounts of data. The data transfer rate is low, but NFC is low-power, easy to use, and feels instantaneous (<1/10 s).

Other common drivers for NFC support are social networking, Bluetooth, as well as WiFi connectivity and commerce.

But NFC has not been doing well, a shortage of software combined with consumer caginess over whether to adopt these new payment systems has slowed down the global momentum for NFC to date.

"NFC is the next evolutionary step in mobile computing," said Janel Garvin, CEO of Evans Data Corp. "It's clear that it's going to change the way we perform everyday actions such as opening a locked door, getting on an airplane, or making a purchase at a store. But developers also have plans for the technology that include games, measurements, and connections to appliances, cars, or other devices. The extent to which NFC will impact us is only constrained by the imagination of the developers."

Vendors such as BlackBerry and Intel are keen to tell us now how well NFC technologies will work, but the innovation wave appears to be somewhat still mustering power at this stage.