Software application developers looking to produce the ‘next big thing’ and make a million might also like to think about the wider social implications of the technologies that they are so fervently programming into creation. In a world gone mad with political correctness, it appears that we can still use the term ‘special needs’, especially in the context of special educational needs.

In this regard then, three former teachers today from Oldham who now work at Inclusive Technology have been recognised by the Queen for their work in special educational needs (SEN).

The firm operates a service called HelpKidzLearn, which is a collection of software that enables young children and those with learning difficulties to play online. It is used for free by 25,000 subscribers in 148 countries.

NOTE: An enhanced version of the service is available on paid subscription for special schools around the world, with more than 70% of subscribers in 32 overseas markets.

Originally developed for behaviour marketing purposes to track the eye movement of shoppers in supermarkets and to optimise product placement, Eye Gaze was adapted by Inclusive to serve a far more worthy cause – providing children with little or no movement with a means to communicate and express themselves via a computer.

Martin Littler, chairman and CEO of Inclusive has said that many of his staff relish the fact that they are making a difference for  children and really enjoy their visits to special schools to try out new programs and devices.

“Inclusive’s major ‘competitor’ is ignorance of the wealth of resources which can transform the learning of youngsters with severe learning disabilities (SLD), profound and multiple learning difficulties (PMLD) or those without speech who need alternative or augmentative communication (AAC).  Official recognition by Her Majesty The Queen will do much to change this,” said Littler.

Inclusive Technology was started by three teachers with special needs expertise – Martin Littler, Roger Bates and Trish Hornsey. In September 1996 they began as a division of a Manchester-based computer games company. In April 1998 they led a management buyout and the current company was formed. 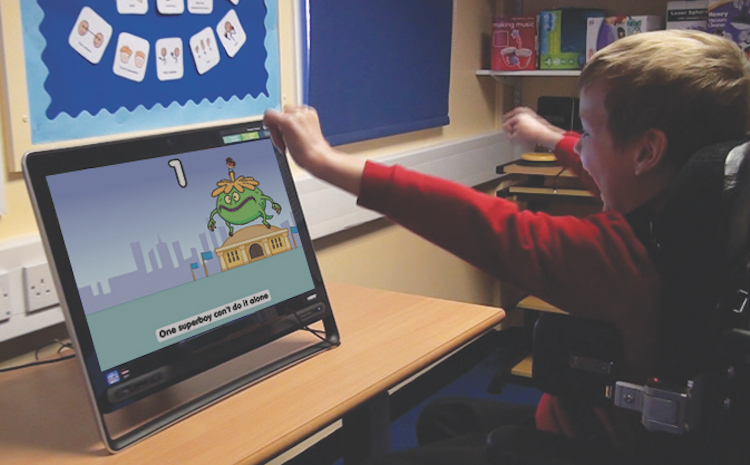