This post is written by Ian Fairclough in his role as VP of services for EMEA at  MuleSoft.

Today, established enterprises face a modern conundrum: how to deliver a continuous and reliable service while transforming to keep up with the market.

On one hand, they must adopt new digital capabilities to meet rising customer expectations.

On the other, they must also maintain the legacy applications that support their critical business functions and processes and modernise them to integrate seamlessly with new digital capabilities.

This question of how to close the gap between these two different generations of IT is one that almost every incumbent organisation struggles with.

The solution isn’t as simple as ripping out and replacing legacy applications; they form the backbone of many organisations and are still heavily relied upon.

However, inaction isn’t an option for those looking to innovate at speed; our own Connectivity Benchmark Report 2020 recently suggested that more than two-thirds of organisations find it difficult to introduce new technologies because of the constraints of existing IT.

This highlights the impact legacy applications can have on companies’ ability to compete in a landscape where agility is everything.

The crux of the problem [with many modernisation shifts] is that legacy applications are still extremely valuable – bringing the kind of security, reliability and resilience that organisations crave. Innovation-fuelling data is also often stored within legacy databases. As such, these systems are still used to support critical functions, like data processing tasks. However, when it comes to modern business requirements, these legacy applications often fall short, as they can be less well-suited to new consumer demands and less able to adapt to rapid change. Since abandoning legacy applications isn’t an option, organisations must find ways of modernising them to allow newer digital platforms and technologies to integrate with them more seamlessly. They must unlock the data they contain and decentralise access, so that data can be used to enhance customer experiences more effectively.

One of the more widely used approaches organisations have adopted to achieve this in the past is through point-to-point custom code integration, where developers effectively build a bridge between two systems, so data can flow freely across the organisation to drive digital services.

However, with today’s more complex IT systems, this often results in a tight coupling between applications, databases and devices – which in turn creates close dependencies that are difficult to untangle – making change harder to implement and slowing the progress of digital initiatives and application modernisation efforts.

Switching to a pluggable framework

This allows changes to be made faster, accelerating the process of application modernisation and allowing new products and services to be delivered quickly.

Taking this further, by exposing APIs on an application network, organisations can create a flexible integration layer that removes the complexity of application modernisation. Through this network, IT assets and digital capabilities can be more easily consumed and reused, allowing for the emergence of citizen integrators within the company to accelerate innovation even further.

HSBC, for example, is using an API strategy to expand its digital and mobile offerings without needing to replace its legacy applications. The bank created a new mobile app that uses an API to directly connect to customers’ bank accounts, enabling transactions to be categorised in real-time to offer customers greater control and visibility over their spending.

APIs have enabled these services by exposing and connecting data from legacy databases, both within the bank and from third-party providers – a far more effective approach to modernisation than ‘rip and replace’ would be able to offer.

The future of IT

Legacy applications are clearly showing no signs of disappearing any time soon, but rather than feeling trapped by their longevity, organisations should look to modernise the capabilities they enable by joining up their value with new digital technology and platforms.

With an API strategy, it’s possible to both modernise legacy applications while supporting immediate digital transformation needs – allowing enterprises to be open and ready for a whole new world of possibilities. 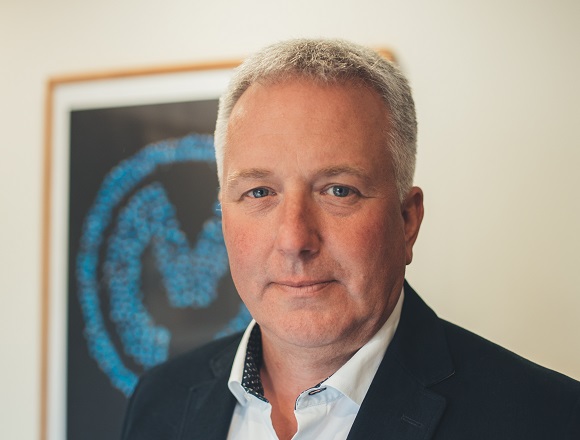 Fairclough: APIs are the key link, for linking.