IBM the PC company that became IBM the laptop company, that then became IBM the IT services company and then transmogrified into IBM the cloud-focused socially collaborative tools company is (unsurprisingly perhaps) one more version of itself too…

Welcome to IBM the security company!

Plus, when the firm acquired Massachusetts-based provider of security intelligence software Q1 Labs in Jan 2012, it made former Q1 CEO Brendan Hannigan head of the newly-formed IBM Security Systems division.

At the time of its most significant purchase in the security zone IBM said that the new division will target a £60 billion opportunity in security software services, which has a nearly 12 percent compound annual growth rate, according to IBM estimates.

Borrett and Zandeloff detailed what they call out as the four security megatrends this sector divides up into:

2. mobile related risks (including Bring Your Own Device) 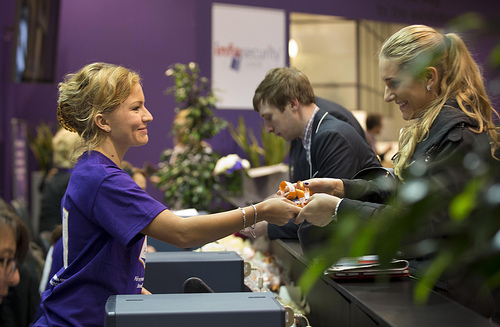 To address the current slew of risks and vulnerabilities IBM is this week announcing the QRadar Network Anomaly Detection appliance that analyses complex network activity in real-time, detecting and reporting activity that falls outside normal baseline behaviour.

The analytics can look not only at inbound attacks, but also can detect outbound network abnormalities, where malware may have already infected a “zombie” system to send data outside the organization.

“Advanced attackers are both patient and clever, leaving just a whisper of their presence, and evading many network protection and detection approaches,” said Zadelhoff. “Most organisations don’t even know they have been infected by malware. An advantage of IBM analytics is that it can detect the harbingers of new attacks from the outside or reveal covert malicious activity from the inside.”

It quantifies several risk factors to help evaluate the significance and credibility of a reported threat, such as the business value and vulnerabilities of targeted resources.

Above all, IBM advocates a “secure by design” approach so that software application development projects are architected around a security consideration that spans (at least) the four “megatrends” highlighted here throughout the entire development lifecycle.