So there are product related news announcements from IBM this week detailing the company’s work with its IBM BLU Acceleration portfolio running will on the SoftLayer infrastructure.

But let’s forget the corporate stuff for a moment.

IBM’s Watson (just in case you had missed it) is a “cognitive computing intelligence and predictive analytics” supercomputer system that beat human opponents on the US quiz show Jeopardy!

Watson now has massive potential to affect the way we analyse healthcare information and may soon also impact a wide range of other areas including (for example) the legal trade as we start to analyse human and systems-based data/information to a more granular level than ever before.

So Watson can obviously add up.

Ask Watson (in human spoken natural language) what the answer to 2 + 2 is and you may be surprised.

One of the answers is 4.

But Watson views the world in a probabilistic sense a lot like a doctor i.e. if you go to the doctor and tell him you have a bad back he or she might surmise that you have:

a) a back strain

b) sore kidneys and back pain after a severe cold

c) some kind of tumour or something more serious

The doctor will ask you a few other questions to get a wider picture of your health and then produce a prognosis based upon the most likely outcomes i.e. if you happen to work on a building site, a back strain is immediately more likely.

b) 2 + 2 = the standard configuration of a car seating plan

c) 2 + 2 = the most likely “parent and child” family environment

However, deep semantic-based information with this essentially cognitive system (which means that it will learn more over time) should allow Watson to give you the right answer for 2 +2 based on the contextual semantics and nuances of the scenario inside which the question is asked in the first place.

Watson learns like a child: it learns by reading, it learns by listening to what others are telling and – it also learns by doing.

This type of cognitive computing intelligence and predictive analytics has the potential to change the way software application development and data management is carried out today – and it’s real and it’s now. 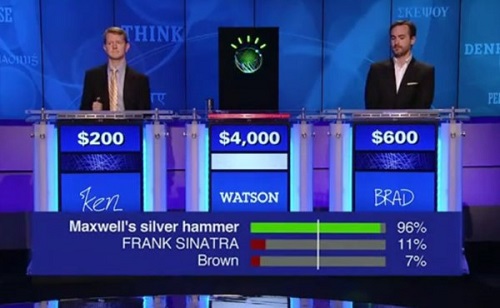 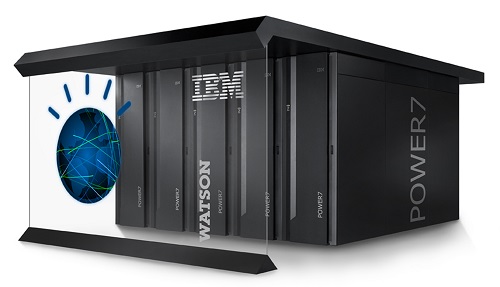