It’s what they do. The job itself is a defined, enviable, professional pursuit that would probably be classed as a white collar job, were any developers to actually wear shirt collars.

But skills are hard to come by, tough to maintain, difficult to apply (in the sense of taking study course curriculum-based training to be applied at the practical coalface of contemporary software engineering deployment) and expensive.

Knowing how thorning this subject is, the Computer Weekly Developer Network team spoke to a triumvirate of non-connected organisations to garner their opinions in this space and get a feel for the issues that are most pertinent, perilous and perhaps painful.

Josh Koenig, co-founder and chief strategy officer at Pantheon thinks that, when e think of developer skills, we need think about the web and the rise of Javascript as a first-class programming environment.

“You can now build native-app grade software that runs inside a web browser, which is one of the reasons SaaS continues to skyrocket, but it’s also having a much broader impact on how all web experiences are developed. But it can be quite tricky,” said Koenig.

He draws attention to the work that is happening around frameworks like React that provide more structure, but he thinks it is not enough to look at these frameworks on their own. For his perspective (and many will agree with him), there’s a big learning curve for traditional web developers to break into this new world. 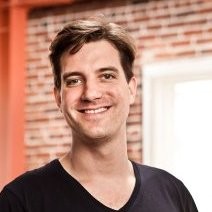 Pantheon co-founder Koenig: It’s time to harden up on soft-skills.

Koenig also thinks that skills outside code are needed. He points to areas like collaboration and working with non-developers – what we would term as ‘soft skills’ – as an area which is essential to move up the career ladder, even if you want to spend more of your time writing code.

“Developers who learn to speak the language of their stakeholders and connect the dots between technology and business value, have a superpower. These are the real ‘10x engineers’ because they can make the right calls around prioritisation and scope and deliver on what people need, which is sometimes different than what they ask for.,“ said Koenig.

Understanding collaboration is important, Koenig says, because developers don’t work in a vacuum. He points to research ​​the company carried out on responsibility for website development as an example – 84 percent of marketers claimed they had decision-making responsibility but 87 percent of IT leaders thought they were in charge. The problem here is that it prolongs the process around anything, with more than half of companies taking more than a month to make even a simple change.

Jessica Reeves, SVP for operations at data science platform Anaconda thinks that companies and developers need more assistance in developing skills, she points to how individuals can get these skills in their studies.

However, the problem is that course design and what gets covered can lag behind what businesses are after.  She suggests that it is difficult for Universities to keep up with innovative technologies due to the gap between learning and teaching a new programming language or technique among educators.

“These educators often find themselves in similar positions as students as they learn and comprehend new information simultaneously, making 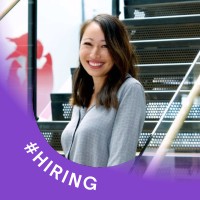 it harder for the curriculum to meet today’s needs,” she adds.

Reeves also thinks that education around programming and data should start earlier, given how important it will be for future jobs in software.

“It’s alarming that global education systems do not include data science as a standard in the curriculum today. We must raise our future generations with the specialised programming, critical thinking skills and tools needed to be successful contributors to the world in a consistent and scalable way,” she adds.

Why is this important? Reeves thinks that skills development is essential to help businesses keep ahead, but also to help engage in diversity and inclusion too.

“As we continue to progress as a digital-first society, there’s a shared fear across the industry that underrepresented groups who don’t have access to forward-thinking educational programs, the Internet and computers will further fall behind – making it harder to succeed in a computerised world. We believe the first step should be to make programming languages accessible and easy to understand. When we do this, we’ll teach people how to connect with the world and prepare for a future governed by technology,” concluded Reeves .

Wilco, not the shop

Wilco might be a brand of homeware product stores in the UK and an alternative rock band from Chicago, but it’s also an immersive upskilling platform for software developers from Tel Aviv in the Holy Land. 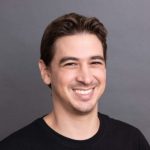 The positively named On Freund is co-founder & CEO of Wilco. He agrees that soft skills and collaboration need to be a larger focus throughout the education system.

“If you look at a 3 or 4-year curriculum, most of it is spent on computer science and maths, which, while interesting and important, don’t prepare you for a real job. What’s left is focused on coding, and in specific languages, which by the time you graduate might not be relevant.”

On believes that instead of chasing the latest technologies, universities and students should focus on the language agnostic skills, both hard and soft, that are required in the tech companies.

“For schools, that means exposing their students to as many life-like scenarios as possible,” continued Freund. “For students, that means finding internships and side projects and contributing to open source projects.”

Whichever way you slice it, developer skills is a subject filled with chills, spills, ills, thrills and bills.