Some events start with training workshops, some start with partner days, others use fancy terms for extra-curricular activities like ‘unconference’ (often held at the end), while others still simply call the intro period the day-zero zone before the main event starts.

The Computer Weekly Developer Network team attended day-zero ‘pre-summit show’ of the OurCrowd Global Investor Summit Israel 2020 this month in order to meet and listen to some of the technology startups showcasing their work… and to hear from some of the specialists who study what characteristics best typify modern progressive tech innovators in the current web-connected cloud-driven mobile-enabled era.

OurCrowd is a global venture investing platform for institutions and individuals (it vets and selects companies) to invest and engage in emerging companies.

Although affected by the Coronovirus aka COVID-19, the OurCrowd summit went ahead this week with some of the tech firms present actually working to produce MedTech technologies that might be applied to helping outbreaks like the one currently playing out at the time of writing in 2020.

Jonathan Medved is a ‘serial’ entrepreneur and venture capitalist… and is founder and CEO of OurCrowd. Speaking at a pre-event press gathering for the OurCrowd Summit, Medved explained a little more of the rationale behind staging a tech-aligned startup focused event in the Holy Land.

“We need to move on from thinking about technology progression in terms of last year to next year. It’s more important to think about how things are developing in terms of last decade to next decade,” said Medved.

“We’re also now trying to focus on the actual fundamental human impact that these technologies are having on human lives. The whole point of this conference is bringing the ecosystem face-to-face with each other and put them all in a big room… and when you do that, things happen,” he added.

The reason that events like this are still being staged in the online cloud-connected era (according to Medved) is that the online part works best once the face-to-face connection has been made and trust has been established.

Medved explained how tough it is for many emerging tech players to get the backing they need in order to bring new software and services to market. The reason being that it very often takes the best part of a decade for many applications (or indeed real-world physical innovations) to move from first-stage concepts to being able to flourish commercially.

So what type(s) of software (and hardware) technology is developing in Israel? As we have already noted here on Computer Weekly, SportsTech is among the growth markets.

Also apparently vibrant is MedTech… and three local firms presented in this zone, so let’s take the most data-centric of the trio.

By encapsulating drugs into a ‘nano-particle’, Barcode Diagnostics is able to target specific areas of the body with treatment and then use a diagnostic tool to analyse the data resulting from the treatment as different drugs are tested inside each patient… and this is called precision medicine.

“If you ask me, I think that the future of precision medicine will be an integration of information from various sources,” said Eavri.

This is another good example of the kind of technology development that needs an early injection of support (in financial funding terms… and also in terms of technical community involvement) in order to be able to get through the software-platform level integration challenges they will need to grow.

Should Eavri’s firm be working with data integration partners like Talend, Pentaho, IBM (for InfoSphere) or perhaps Dell Boomi? It might be too early to ask… the software behind the firm’s development may still need to go through the latter part of its first decade of prototyping and debugging.

“Early stage investing is at best stagnant and in many cases down (both in Israel) and around the world, as most venture capitalists chase unicorns and are showering later stage companies with unprecedented amounts of capital at increasingly nosebleed inducing valuations.  We want to increase our activity and focus where the next generation of breakthrough technologies will emerge,” said OurCrowd CEO Medved.

Other areas of technology covered at this show’s day-zero included mobility solutions.

What makes Israel (in terms of Jerusalem and Tel Aviv) a positive zone for software application development when so many other major cities don’t shine in quite such digital terms? That’s another story all of its own… but part of the answer has to come from the fact that Israel itself has had to learn how to build itself, defend itself and (in many senses) to create itself. Software developers love creativity, so there’s your answer.

Okay, there’s more houmus in this software market than there is pizza, but it doesn’t appear to have affected the programmer’s ability to code and create… pass the pita bread please. 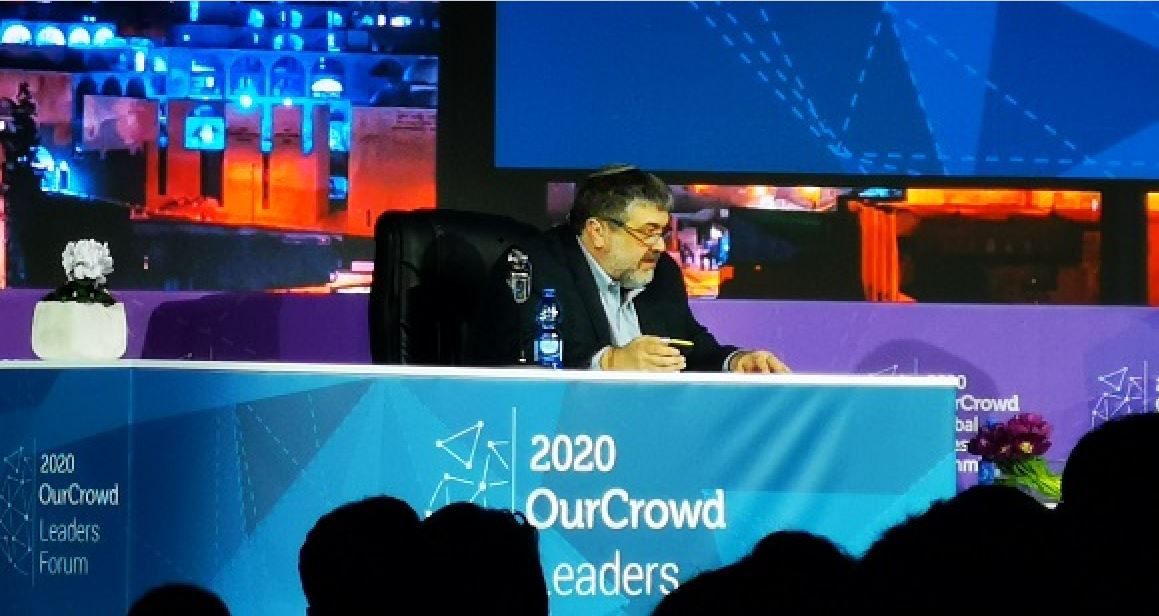