If you want independent MongoDB software tools with incremental security and management layers, go to 3T.

That’s the message from the Berlin-based softwarehaus, as it now comes forward with extra tooling inside its flagship Studio 3T client for MongoDB.

Data Masking makes it easier to control how data is presented to those that might use data held within a database instance. By masking data for those that do not need full access, companies can reduce the potential impact from a breach while helping staff members be productive using that data over time.

The new Data Masking tool in Studio 3T means that PII (Personally Identifiable Information) and other types of sensitive data can now be anonymised and shared company-wide.

“MongoDB is well known for being easy to get up and running, making it popular with developers and agile teams who need to deploy into production fast. While security automation tools for relational databases have been around for a long time, NoSQL is still catching up,” said Graham Thomson, CTO and co-founder at 3T Software Labs.

Thomson and team say they added Data Masking based on demand from enterprise customers for strong security automation tools around MongoDB, particularly around Health and Financial Services.

“For regulated industries that have to follow compliance regulations and where the costs of a data breach are higher than in other fields, preparing in advance using data masking techniques allows developers to focus on building applications rather than worrying about security,” he said.

MongoDB is known for being fast to set up and easy for developers to work with — however, applications change and develop over time as new functionality is added.

NOTE: While MongoDB is open source at its core, 3T is not – hence this story does not appear on our open souce page.

The new Reschema function in Studio 3T makes it simple to refactor higher-performance schemas over time, letting developers focus on building new services rather than having to re-architect database deployments every time. 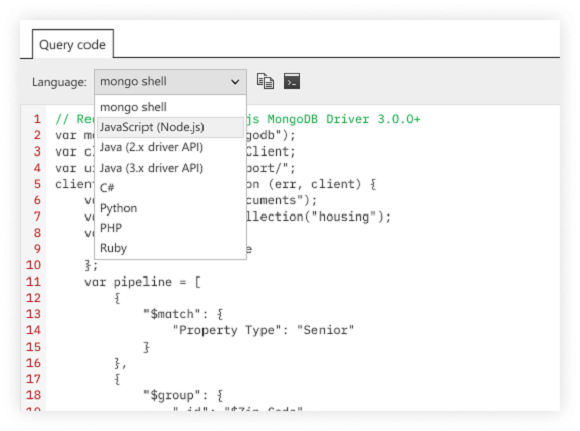