This is guest post for the Computer Weekly Developer Network blog written by Ben Newton, analytics lead at Sumo Logic.

Sumo Logic, a firm known for its cloud-native machine data analytics platform designed for what has been called ‘continuous intelligence’ in the continuous always-on world of cloud.

So, what does it mean to be cloud native?

It reminds me of that age old cocktail party question – “Where are you from…originally?”

In most fast moving urban areas, that answer is almost always somewhere else… and then you meet that rarest of creatures – the native.

They grew up in the neighborhood.

They are ‘street smart’ i.e. they know where to go to get the best sandwiches and where to vacation away from the tourists. They may never have visited all the tourist attractions – because, you know, it just never occurred to them to do it. Being cloud native is like this and more.

So, what are the assumptions and secrets of the cloud native?

This is really the most basic and the most profound question.

They don’t name their units of compute after Simpsons characters or care if there are blinky lights. They don’t even know what a server looks like.

Assumption #2: Why build – that sounds painful!

In the pre-cloud world, Oracle clusters are lovingly configured and nurtured – hours are spent deciding on network device specs and hardware configurations. The cloud-native doesn’t understand such drudgery.

These are just services to be configured and be billed monthly by per-second usage.

Why on God’s green earth would you build a database cluster when you stand one up in seconds with a simple command – and scale it by the mere power of thought? In the time it took you to ponder that thought, the cloud native has already scaled their database cluster to 3 continents.

Assumption #3: Is your scaling organic & conflict-free?

In the sad, gray world of the pre-cloud, scaling was something that required thought, planning, and purchase orders.

The cloud-native thinks of their application as organic, like the milk they buy at Whole Foods (which is now on the same bill as their cloud services and can be delivered by drone. Nice!). It starts in a small plot (without using pesticides, of course), and grows to fill the space. Scaling is just something that happens when you shine sun on plants and feed them compost, silly.

The cloud native uses services that are built with scaling as a given, not something to be planned. Of course, there might be hiccups along the way, but you feed the misshapen tomato to your inordinately happy, free-range chickens and move on with your life. It’s 2017 for crying out loud.

Assumption #4 – Geography is for slackers

In the olden days, moving to a new datacenter was like building a new town from scratch. It was painful and lasted for years. The cloud native sees no boundaries to their international ambitions. They can replicate their responsibly grown, modern application to Dublin without even going there to drink their Guinness.

The beauty of the cloud world is the consistency – everywhere. And unlike certain unnamed fast food joints, the cloud native enjoys their non-mediocre, artisanal, conflict-free services the world over. 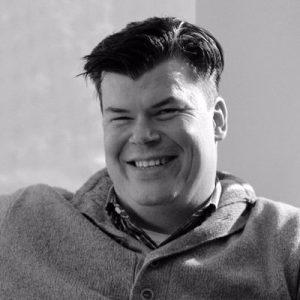 Just like anyone that moves to a new place, you can assimilate and try to fit in. But you will never know New York like the native Yorker, or understand Chicago like a native of the windy city.

You will never understand technology as well as your kids. That’s life…

Ben Newton has spent the last decade and a half of his working life in the world of IT. He is machine data analytics lead for Sumo Logic and part of a team focused on a new approaches to machine data/big data analytics.